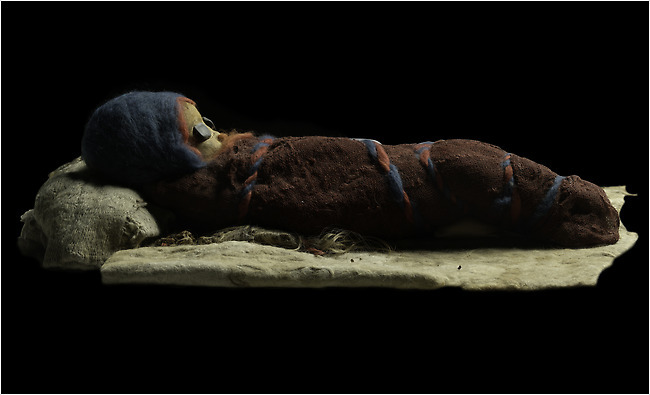 Buried beneath the sands of China’s largest desert, the 2,000-year-old Tarim mummies are better preserved than the pharaohs of Egypt. The arid climate conserved them so well even their eyelashes remain intact. Strangely, they look more European than Chinese. 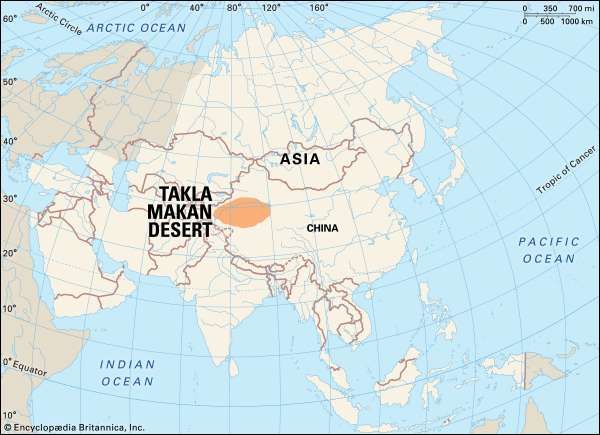 Taklamakan means ‘place of no return’. In the dead centre of Asia and surrounded by the world’s tallest mountains on three sides, it is one of the driest and most inhospitable places on earth. The salt-filled desert covers most of the Tarim Basin, a key part of the Silk Road. Temperatures range between 40 and -30 °C and less than 1cm of rain falls each year – perfect conditions for preserving the dead.

Scattered along the Tarim Basin’s dry riverbeds and oases, the tombs were excavated in the 20th century. Each layered necropolis housed its dead in wooden boat coffins beside carvings of phalluses and vulvas.  Some mummies, both children and adults, had gouged out eyes and were possibly buried alive. Horn cups, wheels, saddles, pottery and bronze tools indicate an advanced horse-riding culture. There are 200 mummies in total.

Though some of the more recent mummies look East Asian, the majority have light hair, narrow noses and deep-set, round eyes. Their plaid woollen clothing resembles that of Bronze Age Europe, their tattoos the ancient Scythians. 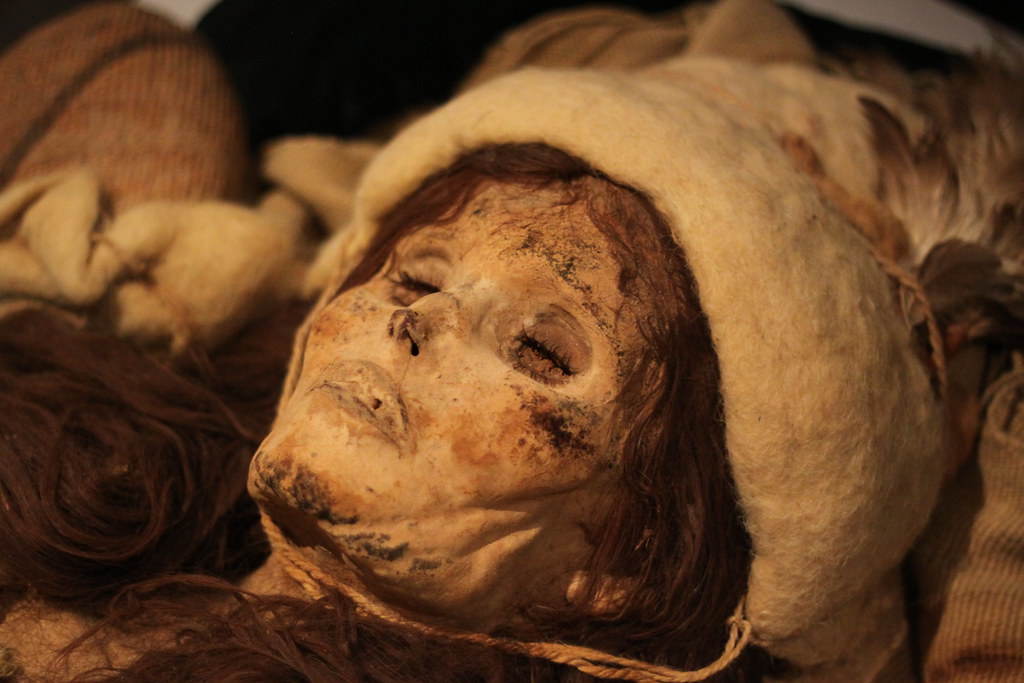 The ‘Beauty of Loulan’ is the oldest. According to radiocarbon dating, she died of lung cancer age 40 around 1,800 BC.  Her red hair was braided and she was buried in a twill woollen robe with a wooden phallus and basket of wheat. Neither wheat nor sheep are native to China. 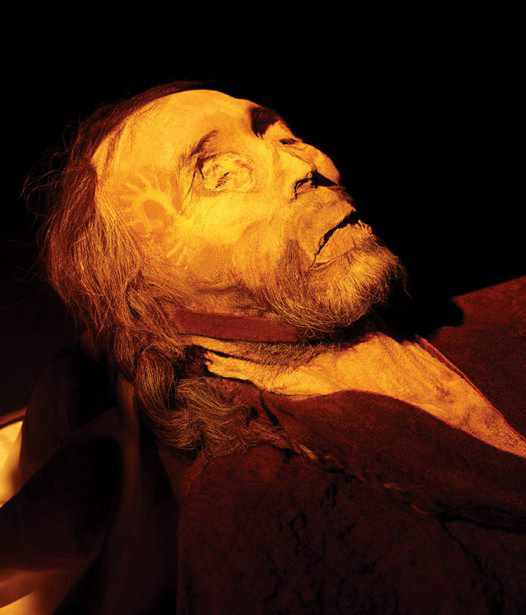 The ‘Cherchen Man’, who lived around 1,000 BC had a red beard and was six foot six. He wore a purple tunic and tartan trousers, deerskin boots and yellow socks with ochre suns painted on his cheeks. His coffin contained a collection of ten different hats. Cherchen Man was around 50 when he died, probably from disease, and was buried beside a woman and baby child.

In 2015 scientists sequenced the DNA of 92 Tarim mummies from the Xiaohe site – the Tarim Basin’s oldest cemetery and the largest collection of mummies in the world. Their maternal lineage (mtDNA) indicates a mixture of Siberian and west Eurasian ancestry – represented by haplogroups C, H and K. Their yDNA, which is passed from father to son, belongs overwhelmingly to haplogroup R1a, a marker associated with Eastern Europe and the proto-Indo-Europeans.

Who were the Tarim Mummies? The archaeological and genetic record suggests they were Indo-European speakers who migrated east from the Russian steppe around 2,000 BC and took Siberian wives. They are likely Tocharians (or Yuezhi), a nomadic people whom the Chinese describe living in the Tarim Basin in ancient times. The Tocharians spoke an isolated Indo-European tongue closer to Latin than the eastern branches and traded jade with China. Migrations by the Scythians, Xiongnu, Han and Turks followed. 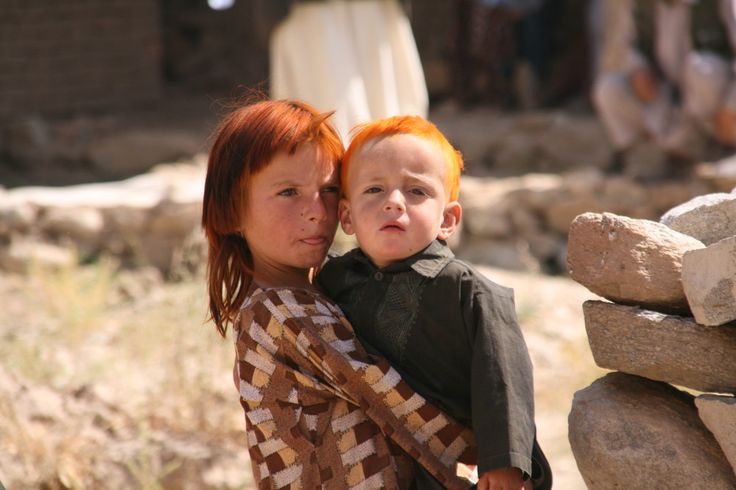 Today the Tarim Basin falls under China’s Xinjiang region. Uyghur separatists claim the mummies as their ancestors, saying they, not the Han Chinese, are Xinjiang’s native inhabitants and rightful rulers. Though the Turkic speaking Uyghurs did not settle the Tarim Basin until 842 AD, they absorbed its earlier inhabitants. Some still have red hair today.

3 thoughts on “The Tarim Mummies”