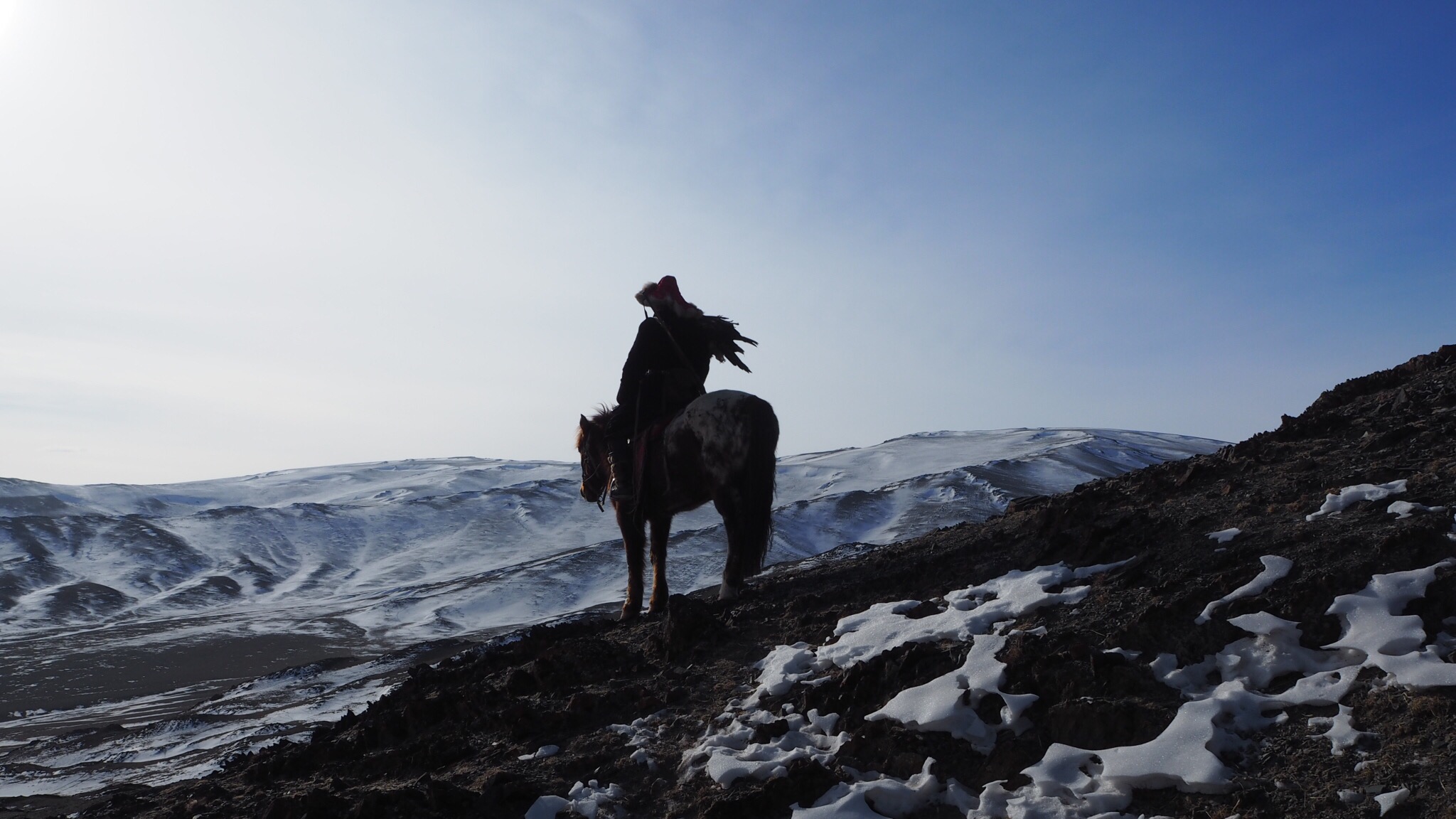 The Eurasian steppe is a sea of grass stretching from Hungary to Manchuria. In the old days, it supported neither agriculture nor cities. Its inhabitants were pastoral nomads who lived in felt tents and moved with the seasons, living on a diet of meat and dairy from their herds.

The harsh steppe climate and nomadic life bred tough warriors. Steppe peoples like the Turks and Mongols were raised on the saddle, and masters of the bow. What nomads couldn’t raise themselves they took from others. Farmers proved easy targets. Raiders plundered settled communities of animals, valuables and slaves then melted away before organised armies could respond.  In the cutthroat world of the steppe, only the warlike survived.

Skilled mounted archers fire when all four hooves are off the ground to get a clear shot.

The saddle, stirrups and composite bow revolutionised nomadic warfare. Mounted archers could stand in their stirrups and fire at full gallop, controlling their horse with their knees. Under Genghis Khan the average Mongol warrior could twelve arrows a minute and hit a bird mid-flight. Man for man, cumbersome foot soldiers were little match for an organised nomadic army.

What nomads lacked, however, was the unity and numbers of their civilized neighbours. Canny rulers strove to keep the steppe tribes weak and divided through tribute, espionage or bribery. Chinese and Roman Emperors and Arab caliphs hired nomadic cavalry to fight on their behalf. 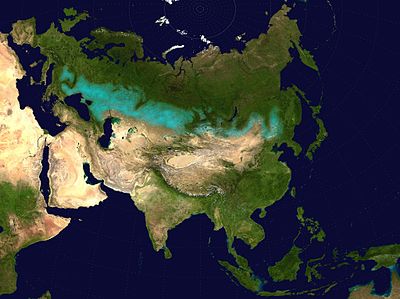 Occasionally a charismatic warlord or khan united the tribes against their neighbours – a constant fear for the peoples of Europe, China and the Middle East. Men like Genghis Khan, Tamerlane and Attila the Hun slaughtered millions. After a few generations, however, barbarian overlords would typically ‘civilise’, settle down and adopt the ways of their subjects. In some cases – as in Turkey or Hungary – they retained their language and cultural identity; in others they assimilated completely – like the Mongols in Iran and China. 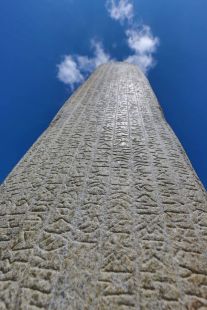 “The Chinese with silver and gold and sweet enticements draw the [Turkic] peoples into their style of life. Their lazy courts drew our peoples to them and as a result many have died and have been ultimately conquered by the Chinese. Deserting the dark forest many looked toward the south saying ‘I would settle in the plains’. O Turks if you go and settle in that country, you will perish! But if you remain nomads in the forest, where there are neither riches nor cares, you will preserve an ever-lasting empire O Turks!”

Indo-Europeans were the first to domesticate the horse. In ancient times they roamed the steppe on chariots and spread their languages across India, Europe and Iran. Notable examples are the Scythians, Sarmatians and Goths.

The Huns triggered the Germanic Migrations which destroyed Rome, and forged a brief empire in Eastern Europe. Their cousins, the Hephthalites and Sveta Hunna, ravaged Central Asia and northern India in the 5th century.

The Turks arose in Eastern Mongolia in the 500s. When the Chinese expelled them they migrated west. After Genghis Khan annihilated the Iranians of Central Asia, Turkic peoples took their place.

Magyars from the Ural Mountains terrorised Europe in the 900s. In 1000 they converted to Catholicism and founded Hungary. 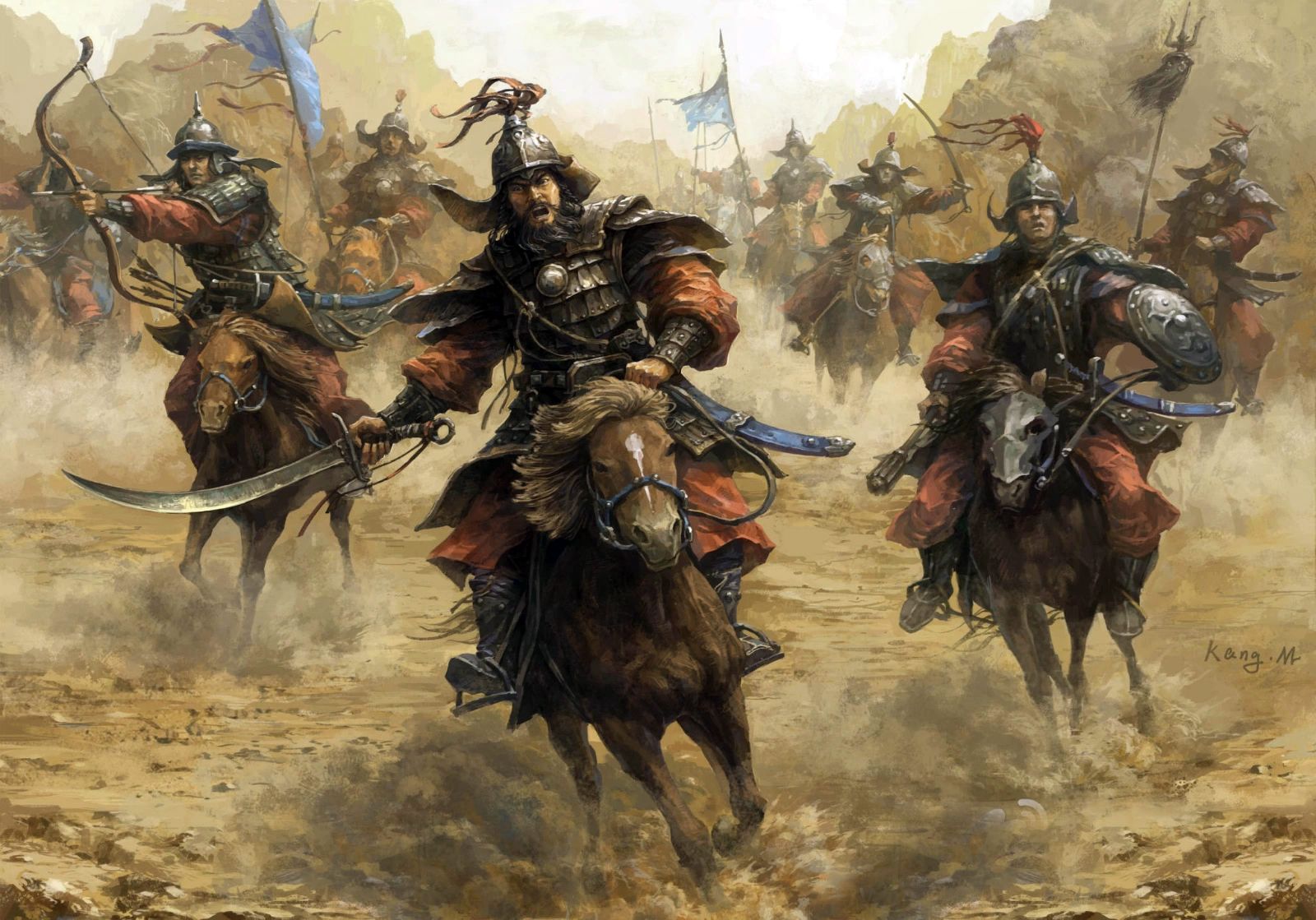 The Mongols conquered history’s greatest land empire in the 12th century. Of their successors, however, only the Golden Horde in Russia maintained a nomadic existence. The Mongols and ancient Turks lived similar lifestyles but spoke different languages. They worshipped the sky god Tengri and called their rulers ‘Khagans’. By 1000 AD most Turks were Muslim.

Despite their prowess, nomadic warriors could not compete against firearms. A rifle, unlike the bow, requires little skill to use. From the 15th to 19th centuries, the Russians and Chinese tamed the steppe and subjugated its people.  The age of the nomadic empire was at an end.