Last January, I set out to read ten books in 2021. I did – but the extra two were work-related and I shan’t mention them here. Of those listed, three were translated. Regular reading does wonders, not only for learning but general concentration in our dopamine-saturated age. This year, I hope to read another ten – hopefully more.

The Falcon of Sparta (2018), by English author Conn Iggulden, is a fictionalised account of Xenophon’ Anabasis: a story of ten thousand Greek mercenaries stranded in the heart of the Persian Empire and their journey home. It features such characters as Xenophon, Socrates, Artaxerxes of Persia and the rebel prince Cyrus.

The book’s first half deals with the campaign of the charismatic Cyrus the Younger to take the throne from his scholarly elder brother Artaxerxes under a falcon banner. To do so he assembles a Persian army and hires mercenaries from across the Greek cities, including their old enemies the Spartans. Even before the battle, he faces struggles. Dissension, bankruptcy and mutiny plague his campaign. The date is 409 BC, roughly between the Battle of Thermopylae and the conquests of Alexander.

Leaderless in the desert and hopelessly outnumbered, the Greeks must confront the impossible. Iggulden focuses just as much on the logistics of moving an army and the challenges that come with it, as combat itself. The Greeks must assail long deserts and snowy mountains to get to the Black Sea.

The Battle of Cunaxa is described in an epic and near-legendary tone. It is hard to imagine that the greatest armies in the world did clash in such numbers but Iggulden does a good enough job in describing the fight from the perspective of the combatants in as historically accurate terms as possible. Aspects of the second half, such as the Greeks’ battle with the Carduchi mountain tribes, seem a little rushed but are compelling enough.

Prince Cyrus, and his Spartan general Clearchus, are well portrayed as characters. Xenophon, who wrote the story in real life, is somewhat of a self-hating Athenian, associated with the Thirty Tyrants, a Spartan puppet regime and preferring the Spartan system to his own. Beginning the story as an intelligent but resentful young man, it is Socrates who persuades him to head east and make something of himself. Tissaphernes, the conniving former tutor, makes an easy to hate villain.

Though the story is told largely from the Greek perspective, I liked how it begins with the Persians and portrays the Greek culture as alien and strange, rather than the other way around. The story occurs at a time when the Greeks were more busy fighting each other than the Persians, who cooperate with powers like Sparta.

The Sunday Express called The Falcon of Sparta Iggulden’s ‘finest work to date’ and that quote made me buy the book. While better than his Roman series, I still prefer his Conqueror books about the Mongol khans, if only because the murkier history allowed more creative liberties. 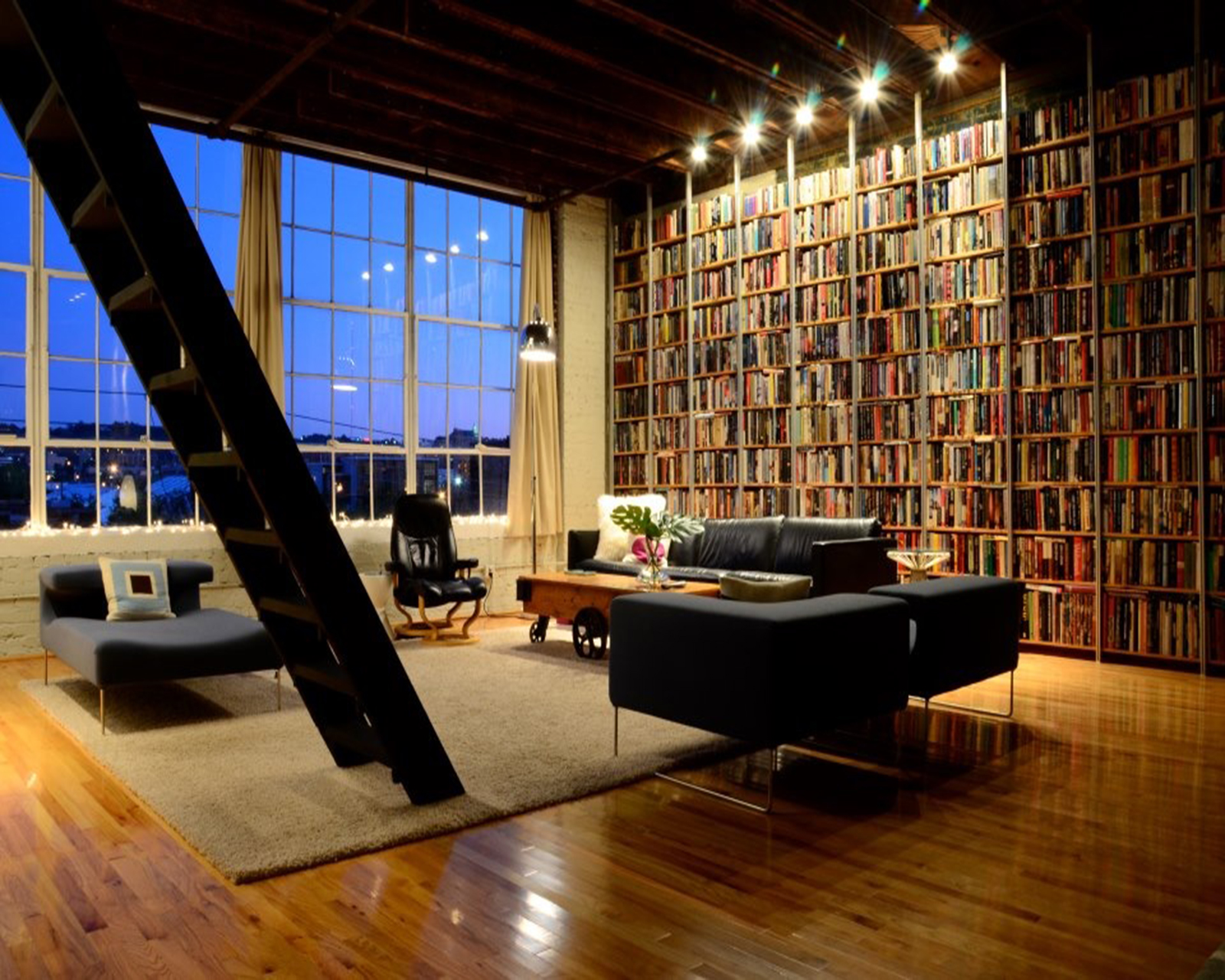 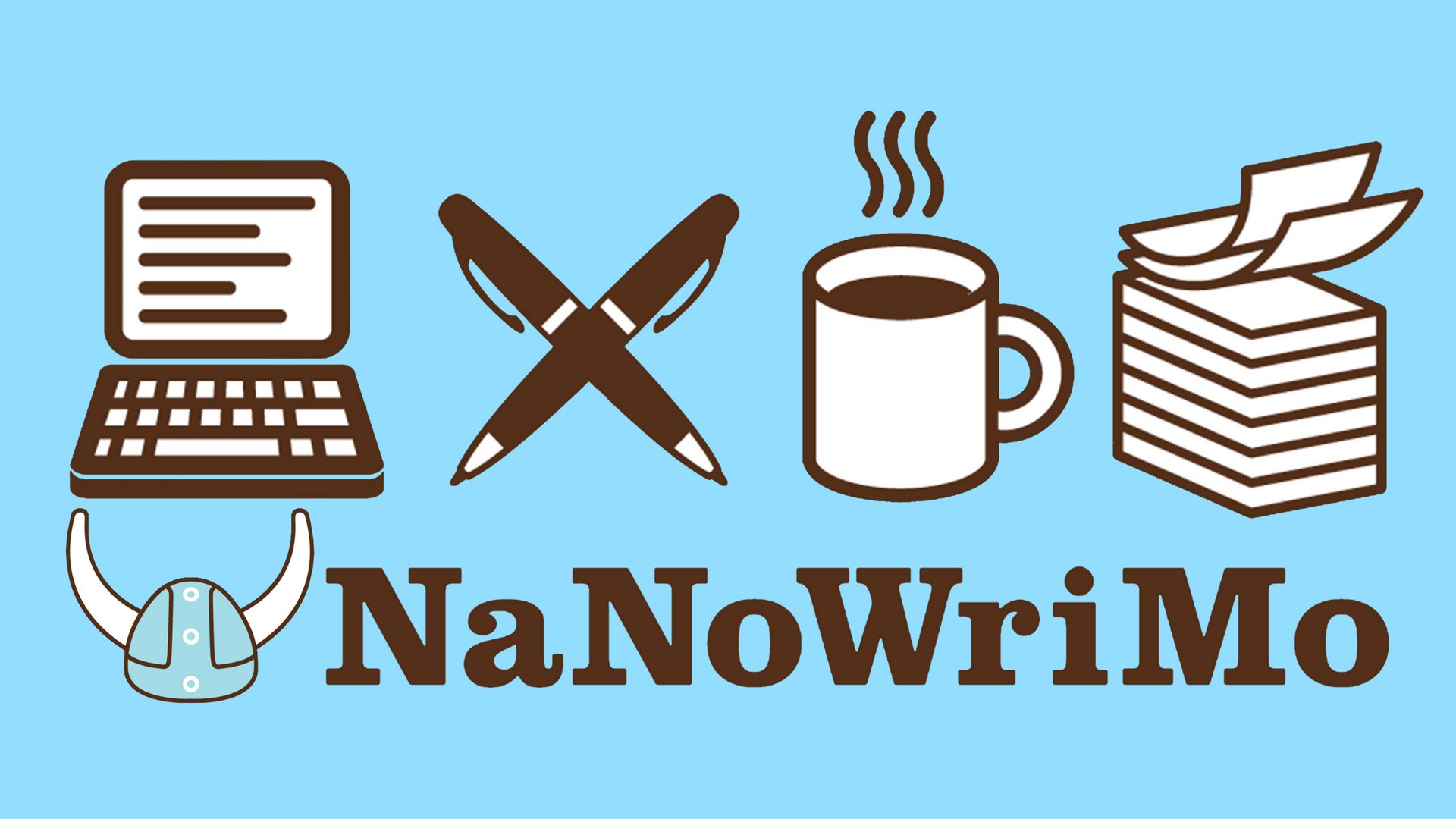 It’s that time of year again. National Novel Writing Month (Nanowrimo) happens every November. It is an opportunity for aspiring writers to try and draft a 50,000-word novel in 30 days. Last year was the first time I reached that goal. Though productive, it was not easy. 2019 is Nanowrimo’s 20th year.

This November I’m trying the challenge again. Expect little to no posts over the next month as Nanowrimo will consume most of my ‘writing time’. Like 2018, I will update my progress and resume regular posting on the 1st of December. See the links below for more info.

“I became what I am today at the age of twelve, on a frigid overcast day in the winter of 1975. I remember the precise moment, crouching behind a crumbling mud wall, peeking into the alley near the frozen creek. That was a long time ago, but it’s wrong what they say about the past, I’ve learned, about how you can bury it. Because the past claws its way out. Looking back now, I realize I have been peeking into that deserted alley for the last twenty-six years.”

So begins the first novel by Afghan-American writer Khaled Hosseini. The Kite Runner (2003) follows the story of two boys in Afghanistan before the country fell apart. One builds a new life in America, the other stays behind. Literary to the bone, the Kite Runner spans thirty years and takes place in Afghanistan, Pakistan and the USA. It is a harrowing tale of friendship, coming-of-age, betrayal, lost innocence, fatherhood, and redemption. Evil and cowardice play no small part.

Narrator Amir lives with his father Baba, a noble and well-connected businessman, their servant Ali and his son Hassan. Amir yearns for his father’s approval and will do anything to earn it. Like most Afghans, Amir is a Pashtun but harelipped Hassan, his best friend, is a Shia Hazara, an oppressed minority. This embarrasses Amir and he downplays their friendship in front of his Pashtun friends. Amir is better educated and more creative than Hassan, ‘the harelipped kite runner’ but lacks his resolve and strength of character. The distinction defines the story’s course.

The early chapters embellish the innocence of Amir and Hassan’s childhood, in the lost world of a peaceful Afghanistan. Internal events mirror the external forces that shatter their lives forever. A coup topples the monarchy, communists seize power, the Soviets invade and the country plunges into war. When the Taliban take over they ban kites from the skies of Afghanistan. By 2001, the Kabul Amir knew is a relic of history. The Kite Runner is semi-autobiographical. Like Amir, Hosseini (right) grew up in Kabul and moved to California at 15. Amir is a writer too, which explains his well-crafted prose. Hassan is loosely inspired by a Hazara servant Hosseini once knew but his story and relationship with Amir are fictional. The Kite Runner embodies the survivor’s guilt Hosseini felt when he visited his home country in 2001, a few months before 9/11. He felt like a tourist in his own country.

A film adaptation was made in 2007, which I have not seen.

Khaled Hosseini came to the USA as an asylum seeker. He studied medicine at Santa Clara University and wrote the Kite Runner while working as a doctor. For 18 months, he rose every morning at 5 to write. The Kite Runner’s success allowed him to write full time. Hosseini has since published two other novels, ‘A Thousand Splendid Suns’ (2006) and ‘And the Mountains Echoed’ (2013). Like the Kite Runner, both are set in Afghanistan.

Gripping, heartbreaking and full of evocative imagery, the Kite Runner is utterly deserving of its bestseller status. 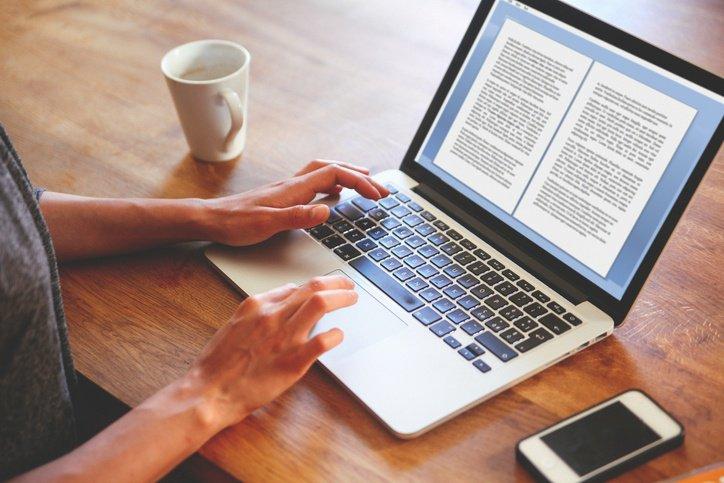 One year ago I listed five goals for this blog in 2018. Here is my evaluation.

All in all I accomplished 4/5 of my blogging goals. Not bad. This year I will stick to the same routine as 2018, blogging once a week on topics which pique my interest. Hopefully by 2020 I am still going. Happy New Year everyone!

Aside from blogging more, my goal was to watch less TV and read more books in 2018. The books are listed by the date I finished reading them.  Some I have done separate posts on, others I have not.

Nanowrimo 2018 was a success! Over November I wrote a 50,000 word first draft of a YA novel, while working full time and maintaining a modest social life. The project consumed my spare time, and my blogging, but it was worthwhile. I wrote more in the past 30 days than I did in the past year.

I don’t plan to read my ‘novel’ until January. This will allow me to view it with an objective eye and better revise and recraft my 50,000 words into something I can show others. In the meantime, I will focus my creative energy on art and this blog. To my regular readers, thank you for your patience.

All in all, I am proud of what I accomplished. It’s not a masterpiece, or even a published book, sure, but it’s a start!  If you have ever wanted to pen a novel, but struggle with procrastination or writer’s block, I recommend giving Nanowrimo a try. Stick to it and it may surprise you what you can achieve. 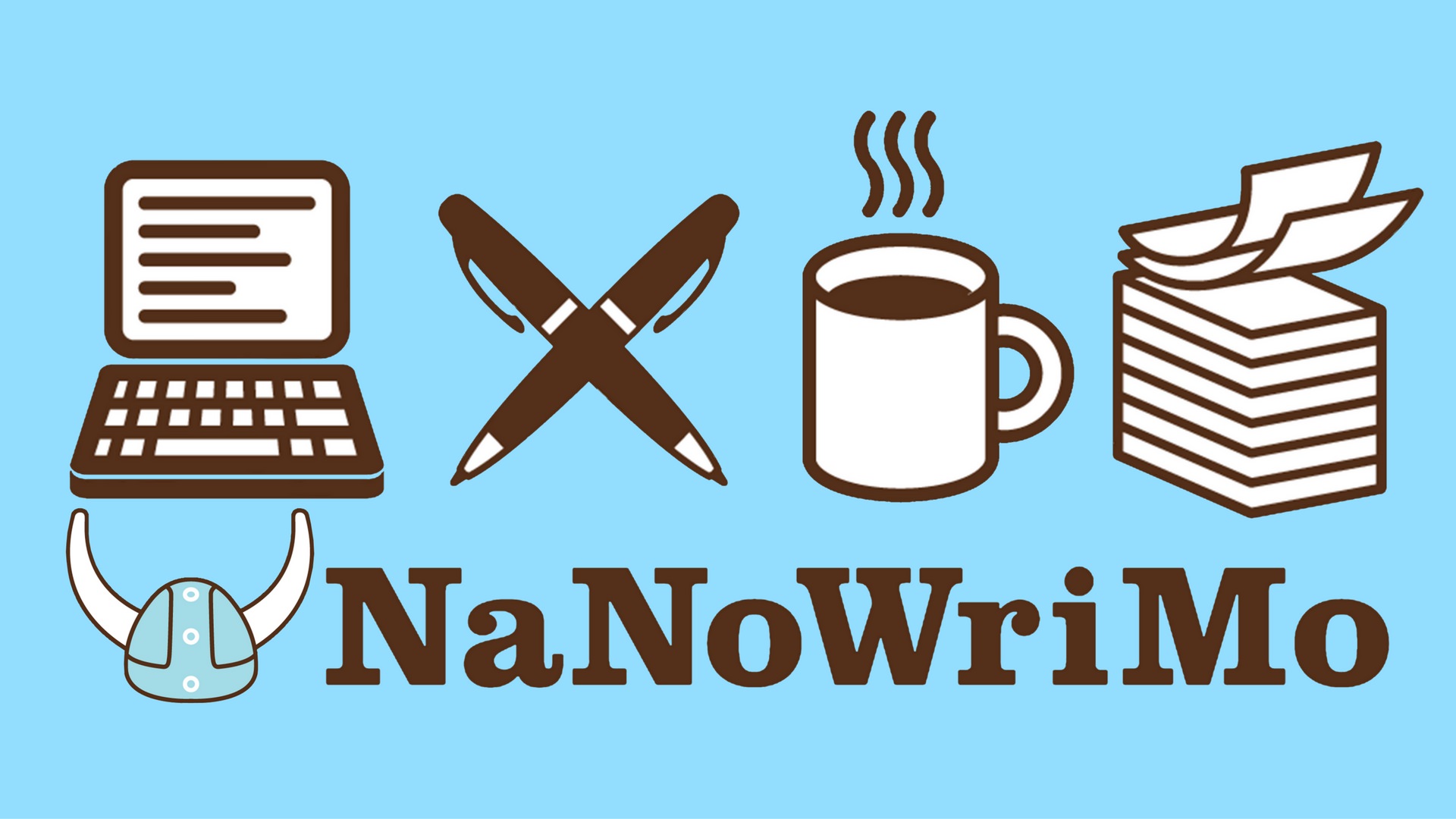 Nanowrimo stands for National Novel Writing Month. The aim is to write a 50,000 word draft in 30 days.  The project provides an incentive for aspiring authors to overcome writer’s block and set up a consistent writing routine.  Achieving the 50,000 word mark requires an average of 1,666 words a day – no small feat.

To ‘win’ Nanowrimo you must write 50,000 words – it doesn’t matter whether or not your narrative is finished. The project relies on an honour system where you don’t need to submit your manuscript or even have anyone read it. To compete you make an account and update your word progress on the Nanowrimo website. While there is no reward, you do earn the satisfaction of achieving a personal goal and getting more writing done in one month than many do in years. Nanowrimo is the perfect opportunity for writing the book you’ve always wanted to write but never found the time.

The key to winning is to not look back. Nanowrimo is not about creating a polished and succinct story ready for publishing but getting words down on a page. No first draft is good, after all, and to make a compelling story requires coming back at a later date, editing and redrafting. All this is impossible, however, if you have nothing to work with.

Nanowrimo began in 1999 with a group of 21 writers in the San Francisco Bay Area. November was chosen for its poor weather. The following year it moved online and grew in popularity every year since. In 2017 over 400,000 people from across the world participated. Many schools and libraries offer public write-ins where Nanowrimo participants can work together and discuss ideas while a wide range of forums and pep talks are available online.

Since 2006 over 200 Nanowrimo projects have become fully published novels. Countless more have been self published. Big names include:

As promised in January, this month I will attempt to write a 50,000 word novel.  This project will consume most of my creative energy so there will be few blog posts until December.  When the 30 days are over I will share what I have learnt from the process. Wish me luck!

On the 2nd day of 2018 I sit at my desk wishing I began this blog at the start of last year, or perhaps waited to the start of this one, so on January 1st I could look back over a year of content, and easily count how long I’ve been blogging in the future. But it’s not the case; I’ve been going only five months.

Nevertheless, the New Year is a time for reflection in all aspects of life, so today I set straight my blogging goals for 2018.

I have written both fact and fiction in my free time, on or off, since I was nine. Completing a finished product was always my demon. Now I think of it, that was one of the best aspects of school: accountability to teachers and deadlines. I actually finished things, whether I enjoyed the process or not!

Since then I have started a hundred projects and finished none, save for a shabby first draft I wrote as a teenager. No more.

These are my blog goals for this year! Are you a blogger? Do you have any questions or advice to offer? Let me know in the comments below!