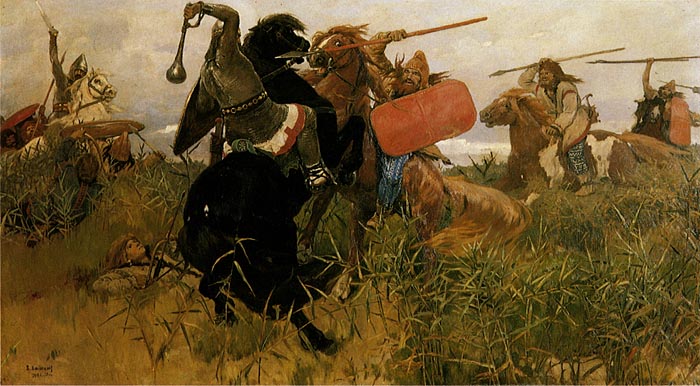 The Sarmatians were a nomadic people who lived in the Black Sea steppe (modern-day Ukraine) at the time of the Roman Empire. They spoke an East Iranian language and lived on horseback and in covered wagons. Renowned warriors, the Sarmatians inspired legends as far as England and Greece.

Sarmatians and their predecessors the Scythians shared a similar culture. Both smoked cannabis, scalped their enemies and drank horse milk from human skulls. They were taller than their settled neighbours, and allegedly had red hair and light eyes.  Herodotus claimed women held equal social status to men and fought in battle alongside them. Modern historians denied his claims as fanciful until 20th century grave discoveries revealed Sarmatian women buried with armour and weapons.

According to legend, the Sarmatians were born of Scythian fathers and Amazon mothers. Herodotus claimed when the Greeks defeated the Amazons – a mythical nation of warrior women – they loaded prisoners onto a ship in the Black Sea. The captives mutinied and escaped into the marshes of Crimea. Here they met the Scythians, the land’s nomadic inhabitants. A group of Scythian men interloped with the escaped Amazons and their children became the Sarmatians.

According to the archaeological record, the Sarmatians originally lived east of the Scythians in modern-day Kazakhstan. Around the 3rd century BC, they migrated west and absorbed the Scythians, now ‘softened’ by sedentary Greek culture.

The Sarmatians were not a single nation but a collection of nomadic tribes sharing a common culture. These included the Roxolani, Iazeges and Alans. Sarmatian warriors often raided the Roman Empire and were later part of the migrations which brought Rome to her knees.

Unlike other steppe nations such as the Scythians and Huns, Sarmatians favoured armoured lancers over mobile horse archers.  Their cavalry dominated ancient battlefields. Hippocrates, a Roman doctor, claimed Sarmatian women could not marry until they killed three men in battle.

In the winter of AD 171, Emperor Marcus Aurelius defeated a Sarmatian army on the frozen Danube. As tribute, 5,500 Sarmatian horsemen joined the Roman army. The emperor resettled the Sarmatian recruits to the frontier of Roman Britain to hold back the Celts beyond Hadrian’s Wall. These mounted warriors may have inspired the legend of King Arthur and his Knights of the Round Table. 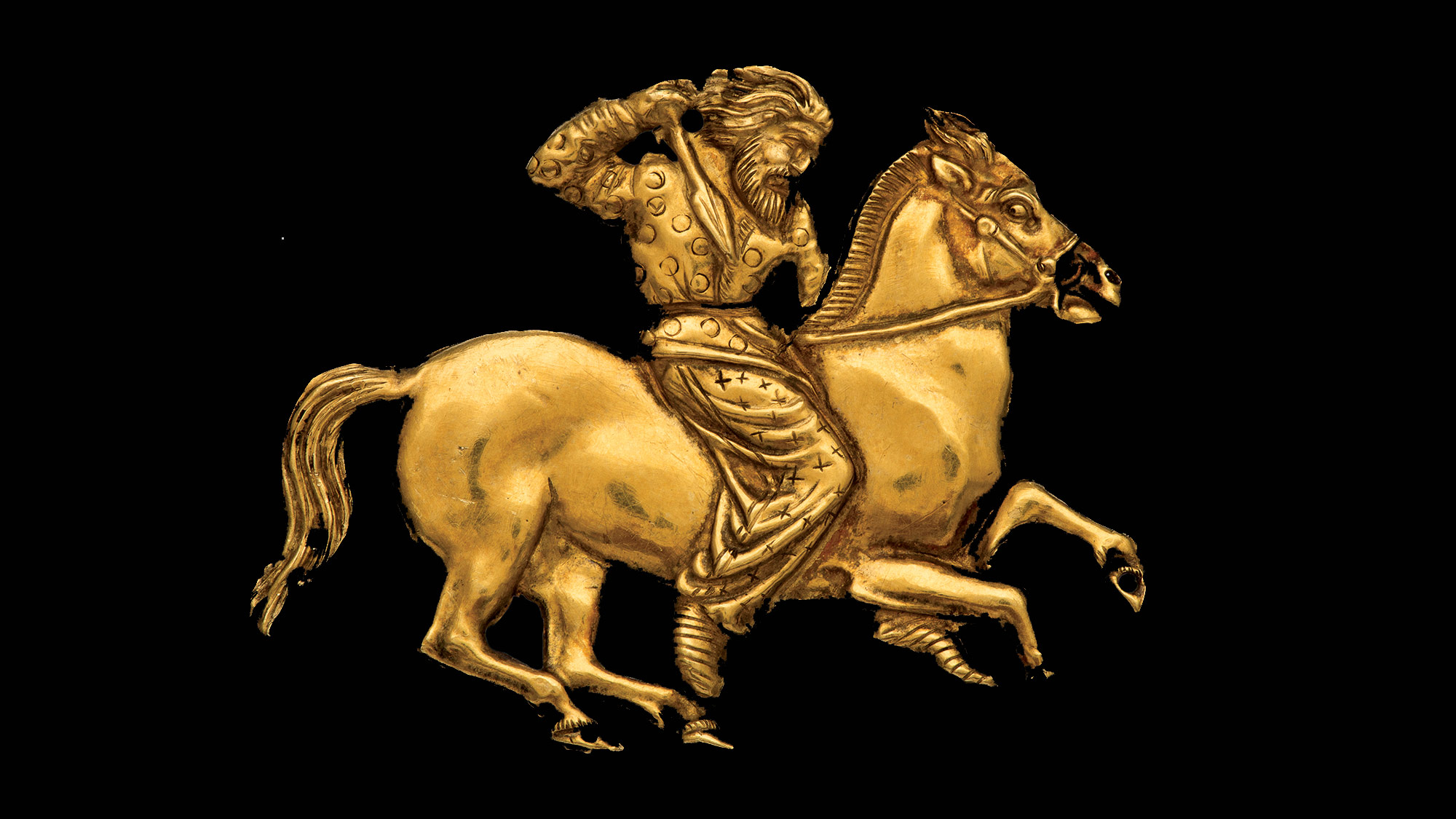 When the Huns invaded the Sarmatian homeland, only the Alan tribe survived. One group headed west, the other south. The first group joined Goths, Huns and Vandals as they moved into the Roman Empire, with some travelling as far as North Africa. Sarmatian cavalry were critical in the defeat of Attila the Hun at the Battle of Catalaunian Plains in AD 451.

Some Sarmatians forged a small kingdom in Central Europe, ruling over Slavic peasants. Their descendants are the Sorbs (or Wends), a West Slavic minority who still live in Germany today. The old Polish aristocracy also claimed descent from Sarmatian conquerors. Ultimately, the western Sarmatians assimilated into the developing Slavic and western European nations. The Spanish region of Catalonia is named after the Alans, as is the English name Alan.

The second group settled in the defensible Caucasus Mountains, where they became the Ossetians, an ethnic group who still speak an East Iranian language today.