“Not to be crude about it, but politics is what comes out the asshole. Wouldn’t you rather be up front, feeding the horse?”

Last year I said Marvelous Mrs Maisel is the best thing currently on television. Looking back, I humbly retract my words – had I been aware of Succession in 2019, I might not have said so.

Created by Jesse Armstrong (Peep Show) and directed by Adam McKay (Step Brothers, The Big Short), Succession is HBO’s new flagship drama. It follows the trials and tribulations of the aptly named Roy family, a fictional business dynasty who rule a sprawling empire of media and finance. This 1% drama is told through a darkly comedic lens with what TV tropes calls an ‘eat the rich’ mentality. Horrible people in horrible situations with an ‘imperial’ opening theme. 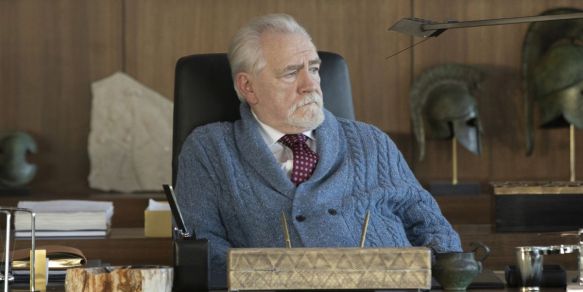 Logan Roy is a self-made man and tyrannical mogul of Waystar-Royco, a bloated conglomerate running cable news, print media, theme parks and cruises. Though he is ageing and should consider which of his imperfect children is to inherit, he is happy to keep them guessing.

Logan rules through fear. His company hides a web of lies and deceit that rewards and incentivises the most backstabbing and conniving behaviour. He is a titan in the industry, seeing everything through the eyes of a businessman and only showing his children love when it suits him.

Though its characters are morally compromised and widely dislikeable, they are distinct and well-crafted (and unfortunate) enough to draw the viewer in.

The Roy family is a pastiche of real-life business dynasties like the Murdochs, Redstones and Trumps. Their leading cable network, ATN, is modelled on Fox News.

Dialogue is the show’s forte. Subtext and snarky one-liners reign supreme. Succession indulges in the indirect, jargon-laden speech beloved by businessmen and politicians. Its characters eschew middle-class morality and spew words like they have no meaning. Hostage crises are ‘administration action functions’. Fetching lattes fall under a range of ‘target orientated tasks’. Words are ‘complicated airflow’.

Rookie cousin Greg desperately wants to be like his remorseless colleagues, and when facing a panel, he comes out with gold:

Eavis: Are you all right?

Greg: Uh, yes. Uh, I merely wish to answer in the affirmative fashion.

Eavis: You can speak to us normally. 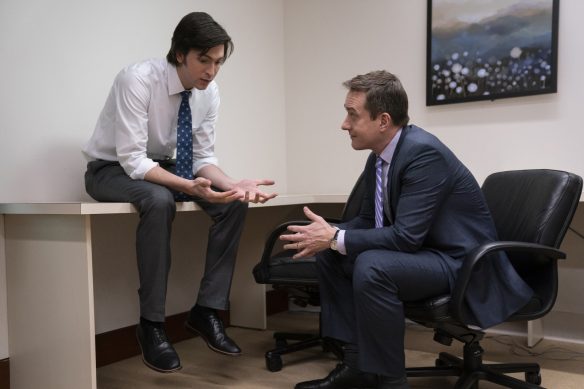 Greg’s relationship with mentor / adversary Tom (above) makes for the most laugh-out-loud moments of the show. Though they both are connected to the family, unlike the teams of suits and executives who trail Logan, they are not quite a part of the inner circle they desperately seek to join.

While a satirical drama first and foremost, Succession does not shy from Shakespearean turns. It is a glimpse into the web of business, politics and media that controls America and the crushing egoism of those involved. Season Three premieres next year.