Parasite (2019) is a film by South Korean director Bong Joon-Ho and the first non-English language film to win Best Picture at Hollywood’s Academy Awards. The film examines the effects of wealth disparity through two families on opposing ends of the social spectrum.

Parasite was an Oscar darling. As well as Best Picture, it received the following awards and nominations in 2020:

It was the first Korean film to ever win, let alone be nominated for, an Academy Award.

The Kim family live in a semi-basement apartment. They are resourceful but uneducated. Their fortunes turn when son Ki-woo’s friend offers him a job tutoring the daughter of the affluent Park family. Ki-woo accepts, but to do so he must pass as a university student. Once in, Ki-woo helps his family get hired too, all lying about their qualifications and relation to one another. 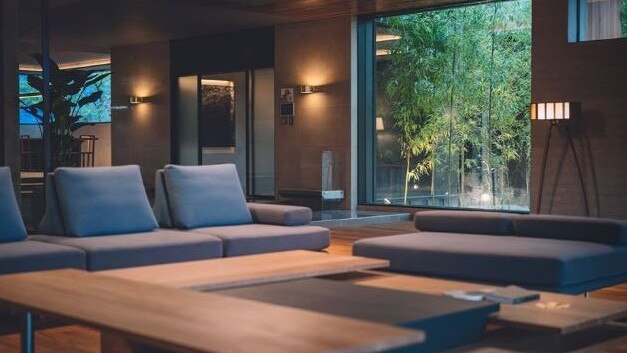 The Parks live in a mansion designed by its architect former owner. They can afford tutors for their children, a chauffeur and a full-time housekeeper. The Parks are friendly and ‘nice’, though haughty and naïve. ‘She’s nice because she’s rich…’ Mrs Kim comments. ‘Hell if I had all that money I’d be nice too. Nicer even!’

Tonal shifts mark each act. While starting as a black comedy, the film takes a sinister turn and effortlessly blends thriller, horror and gothic. Careful attention is paid to its pacing and no camera shot, no line of dialogue, is without meaning or consequence. Symbolism abounds. The official premise describes Parasite as a ‘pitch-black modern fairy tale.’

An issue with film these days is a lack of originality. Nine out of ten of the 2010’s top-grossing films were either reboots, sequels or (in the case of Star Wars) both. Superhero flicks, or most big-budget all-ages action-adventure films, are often too predictable. Even if a film makes is visually stunning, well-acted or slick, it is all for nought if the audience immediately knows how it will end. The more films one watches, the more one notices clichés and tropes. Conversely, shoehorning twists or deux ex resolutions ruins a narrative if the unpredictability makes no sense. To work, a twist must be both surprising and plausible. Parasite achieves the balance perfectly. The opening scene shows the Kim family searching for a new wifi connection after a password encrypts the old. They are all capable workers, but in an economy where ‘an opening for a security guard attracts 500 university graduates’, their merit is irrelevant. Connections are paramount. Only through social connections can the Kims can find stable employment. The film’s stairway motif represent its characters’ social standing; whether affluence, near-poverty and destitution.

Despite being one of the wealthiest nations in the world, South Korea suffers social inequality. In 2015 the top 10% controlled 66% of its wealth. Status and money are everything. Success depends on getting into the right university and the stress shows: South Korea has the second-highest rate of suicide in the OECD. In a society obsessed with image and hierarchy, however, the popularity of Parasite and its critique of social inequality shows people are changing the way they think.