Cambridge Analytica was a ‘data analysis firm’ who interfered in 200 elections from 2013 – 2018, including Trump and Brexit. Whistleblowers spoke in 2018 and engulfed Cambridge Analytica and Facebook in a scandal that revealed the hold big tech now has over the democratic process.

The internet data industry is worth over $1 trillion dollars a year. In 2018 it surpassed oil as the world’s most lucrative market. ‘Data’ includes one’s internet search history, GPS movements, photos, social media likes and private communication. While platforms like Facebook and Google sell users’ data to companies for targeted advertising, Cambridge Analytica used it for politics.

Cambridge Analytica uses data mining and behavioural psychology to profile voters. From personal data, it records one’s hopes and dreams, fears and privately held beliefs then exploits that profile with propaganda; targeted adverts, youtube videos, posters, memes and suggested articles to, over time, have them abstain or vote– whatever suits the client.

Trinidad and Tobago, 2010: SCL’s mission is Cambridge Analytica’s blueprint. Trinidad and Tobago has two, roughly even, populations – Indians and Afro-Caribbeans, each represented by a political party. The Indian UNC contracts SCL. Through social media, they engineer the  ‘Do So!’ movement to encourage young Trinidadians to opt-out of politics as an act of defiance. Even celebrities get involved.

“And the reason why this was such a good strategy is because we knew, and we really really knew, that when it came to voting, all the Afro-Caribbean kids wouldn’t vote, because they ‘Do So’. But all the Indian kids would do what their parents told them to do, which is go out and vote. And so all the Indians went out and voted, and the difference on the 18-35-year-old turnout is like 40%, and that swung the election by about 6% – which is all we needed!”

Britain, 2016: The Brexit Campaign hires Cambridge Analytica to ‘map the British electorate’. They steal data from Facebook and funnel donations from foreign donors.

USA, 2016: Cambridge Analytica takes Ted Cruz from last place in opinion polls to number two Republican nominee. Trump’s team then hires them. ‘Project Alamo’ gathers 5,000 ‘data point on every US voter and spends over $1 million a day on  5.9 million advertisements. Cambridge Analytica identifies and isolates ‘persuadables’ in swing states then firehoses them with pro-Trump propaganda. They popularise ‘Crooked Hillary’ and stoke fears on immigration and other hot button issues. As in Brexit they channel foreign donations. 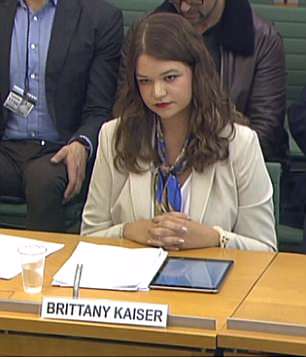 In 2018, whistleblowers Chris Wylie and Brittany Kaiser revealed the extent of Cambridge Analytica’s operations. Kaiser, a high up executive, testified with Nix’s private memos and communications.