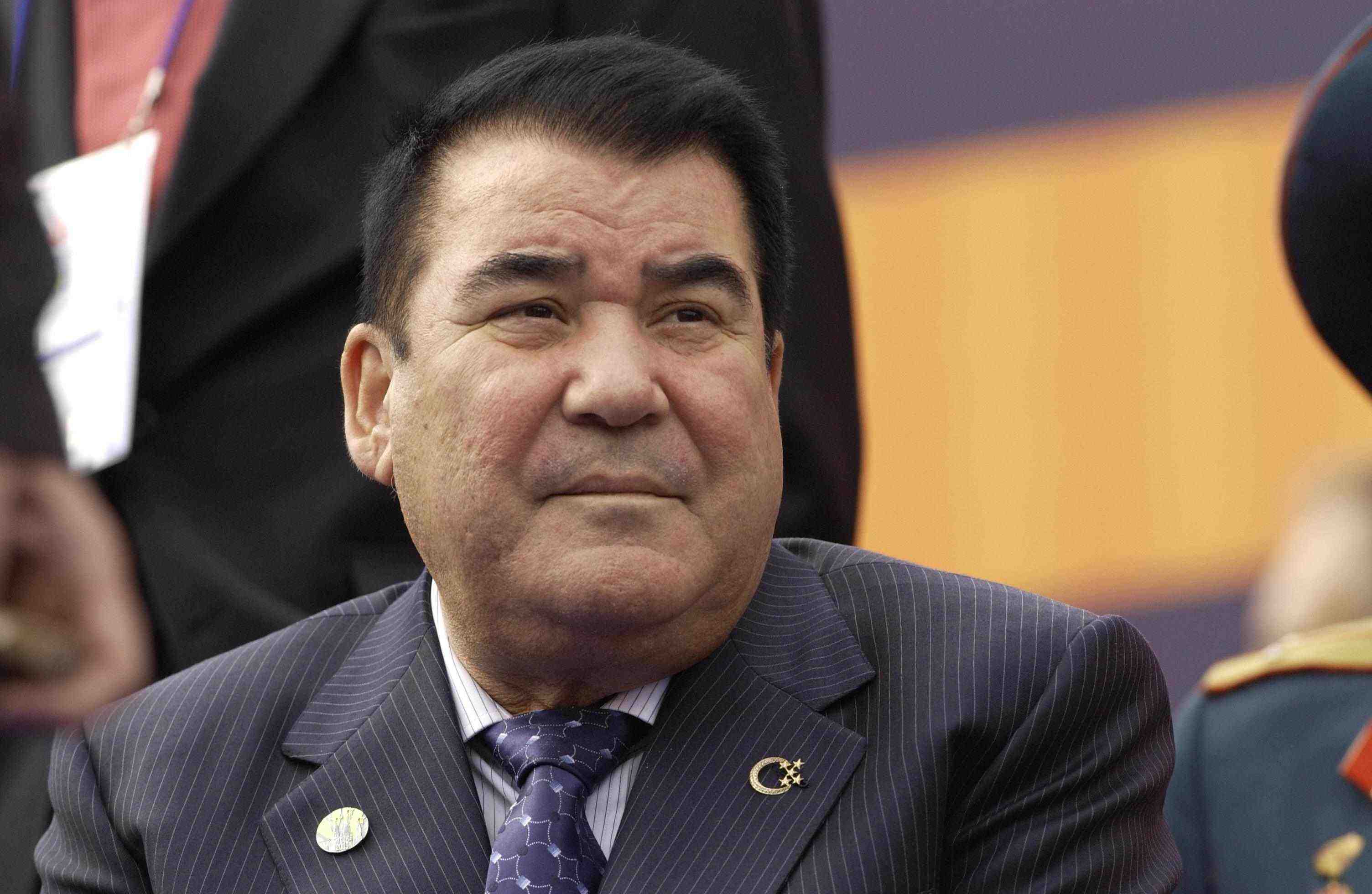 Saparmurat Niyazov ruled Turkmenistan from 1991 – 2006. Brutal, eccentric and narcissistic even for a dictator, he impoverished his oil-rich country and built one of the world’s most extensive cults of personality.

Turkmenistan was the least developed and least inhabited of the Soviet Republics. Oil and gas were discovered in the 1900s and when the Soviets took over they forced the nomadic Turkmens into cities along the desert’s edge, mainly to Ashgabat, the capital. Mikhail Gorbachev appointed Niyazov general secretary of the Turkmen Republic in 1985, and when the Soviet Union collapsed, he became its president.

Niyazov was born in 1940.  His father died in the Second World War and an earthquake killed his mother when he was seven. After a lonely childhood, he studied engineering in Leningrad and joined the Communist Party in the 60s, where he demonstrated a flair for intrigue and a lust for power.

As president, Niyazov ruled with an iron fist. He called himself ‘Turkmenbashi’, father of all Turkmens, and a declared himself a ‘national prophet’. Turkmenistan’s natural gas reserves – which produced $3billion a year in a country of 5 million, was mainly funnelled to Niyazov’s offshore accounts. His constructions included a 75m high gold statue of himself that rotated to the face the sun, Central Asia’s biggest mosque, dedicated to himself, a 130-foot pyramid and a giant manmade lake. Niyazov claimed that all he wanted was a small and cosy house and only built his marble palace because ‘the people demanded it’. Though citizens received free power, internet access and contact with the outside world was forbidden.

For thirty years Niyazov controlled every fibre of Turkmen society. There were elections but his ‘Democratic Party’ was the only party allowed to stand with him the only candidate. Niyazov’s many decrees and proscriptions were mainly based on megalomania and personal grudges. These included:

The Ruhnama was Niyazov’s bible. Meaning ‘Book of the Soul’, it contains a romanticised account of Turkmen history and Niyazov’s life, spiritual musings, poetry and life advice including a passage on the virtues of smiling. Aside from the Koran, all other books were banned. To gain a government position or driver’s license one had to take a 16-hour Ruhnama course and recite passages by heart.  Reading it three times, Niyazov claimed, would guarantee access to heaven. Though Niyazov had been by a hardline communist before 1991, as president he replaced the ideology with his brand of Turkmen Nationalism. On the world stage, he was strictly neutral. World powers ignored his human rights record for access to Turkmen oil and gas.

Like most dictatorships, state torture, arbitrary arrest and disappearances were common and speaking ill of the leader a crime. Under Niyazov, homelessness and drug abuse abounded. He often bulldozed entire neighbourhoods in Asghabat without recompense and replaced them with pristine apartments of Italian marble that no one could afford.

Niyazov died of heart failure in 2006. His successor Berdamuhamedov, curbed the most ridiculous aspects of Turkmenbashi’s reign and extended high school to two years, but maintained his grip on power. According to Freedom House, Turkmenistan is one of the most unfree places on earth. Only Eritrea and North Korea surpass it.