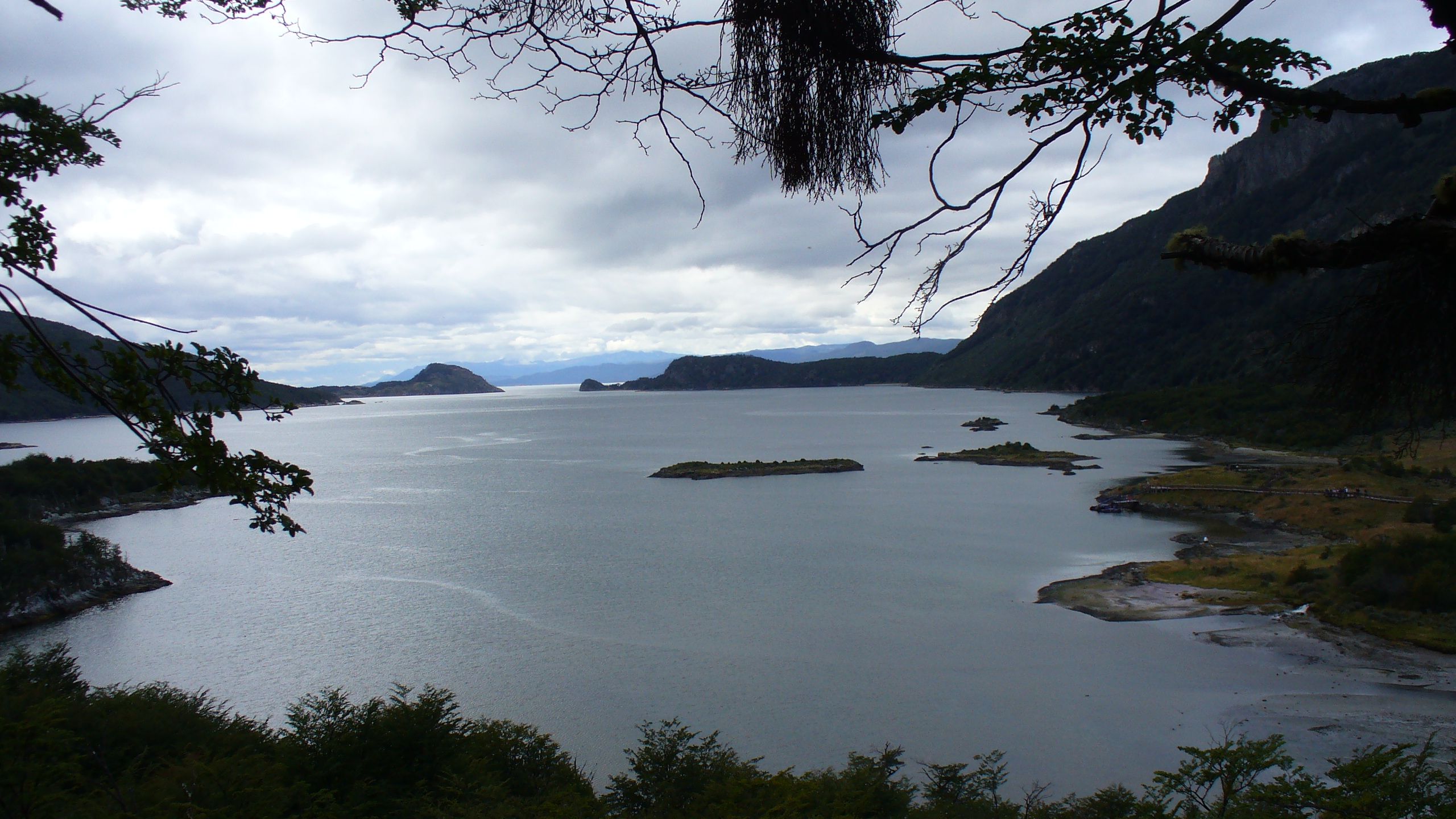 Disclaimer: This is a legend of the Yaghan people of Tierra del Fuego, as recorded by Lucas Bridges in his 1948 book ‘Uttermost Part of the Earth’. The words are his, not mine.

Some miles to the east of Lanushwaia (Woodpeacker Harbour) there is a flat shingle point, and east of this still is a steep, rocky coast with sheltered coves here and there, suitable for canoes. The best of these little harbours is Wujyasima (Water in the Doorway), once a favourite site for Yahgan wigwams.

Once upon a time a young girl left home at Wujyasima and walked alone round to the shingle point, where she began to play, running down the beach after the receding waves and back again as the breakers rolled in. Watching her unseen was a lustful old sea-lion; and when a great wave swept her off her feet, she found the creature by her side. Like all Yahgan women, the maiden was a good swimmer, and therefore sought to evade him. But by keeping between her and the shore, and forcing her father and farther out to sea, he at length exhausted her and she was glad to rest her hand on his neck.

Now that her life depended on him, the maiden began to feel quite friendly towards her strange escort. He swam with her for many miles until they reached a great rock, in which there was a cave. The girl knew that she could never swim home without help, so she decided to accept the inevitable, and took up residence with the sea-lion in the cave. He brought her abundance of fish, which, as there was no fire, she ate raw. 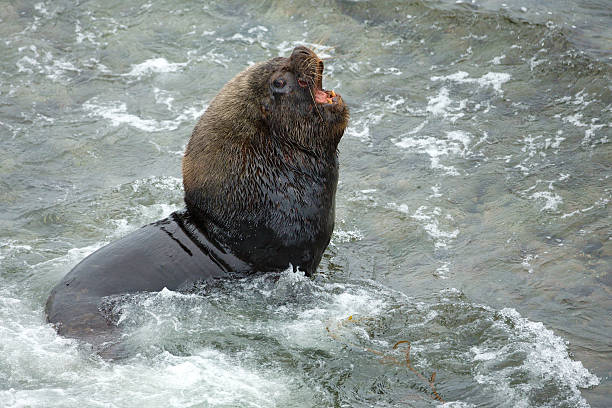 Time passed and a son was born to them. In shape he resembled a human child, but he was covered with hair, like a seal. The boy grew quickly and was company for his mother, especially when he learned to talk. This the old sea-lion could never do, yet, because he was always so kind and considerate, the young woman grew exceedingly fond of him.

Nevertheless she longed intensely to see her own country and people again. She managed to make her wishes known to him, and one day all three of them set out for Wujyasima. At times mother and son swam beside their protector, at others he towed them through the water at a great pace; and sometimes they rode on his back.

At last they landed on the shingle point. The sea-lion flopped up the beach and lay down to rest in the warm sunshine, while the mother, taking her queer little son by the hand, walked to Wujyasima. In the village she found a number of her relatives, who had long given her up for dead. When she told them her story, great was their surprise and deep their interest in her funny little hybrid son.

After the first excitement had died down, the women of the village suggested they should go into their canoes eastward along the rocks, to look for deep-water mussels and sea-urchins, which have the size and shape of flattish apples, with hard shells covered with stiff, spike-like bristles. The young mother accompanied them on this excursion, while the men and children remained behind in the settlement.

The children began to play games, in which the little visitor joined boisterously. The men, however, longed for meat, and knowing there was a seal lying on the beach, one said :

“Why do sit here hungry?”

So they took their spears and, creeping up to the old sea-lion, killed him. Laden with meat, they returned to the village and began to cook the meal. The children sniffed the delicious odour of roasting seal and gathered round the fire. When the time came for the meat to be distributed, the young visitor received his piece with the rest. He tasted it and cried with delight:

Then, eating as he went, he ran to meet his mother, who was just returning. The canoes came alongside a steep rock, which at that state of the tide served as a jetty, and the women stepped ashore with their baskets of sea-urchins. The little boy ran up to his mother and offered her the last morsel of his meat, saying it tasted good. In a flash she realized what had happened. She snatched a large sea-urchin from her basket and struck her child on the forehead with it. He fell into deep water, instantly changed into syuna the rockfish and swam away. 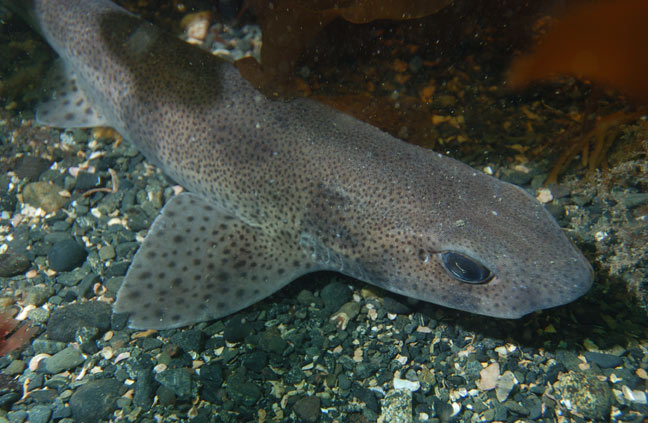 The other women went up to the wigwams and feasted on roasted seal meat, but the mother refused to eat, and mourned alone for her lost son and his kindly old father. She never afterwards took a husband from among her own people.

If you examine a syuna you will find that its head is flat and that it is covered with the little pit-marks left by the bristles of the sea-urchin, which goes far to prove that the story is true.