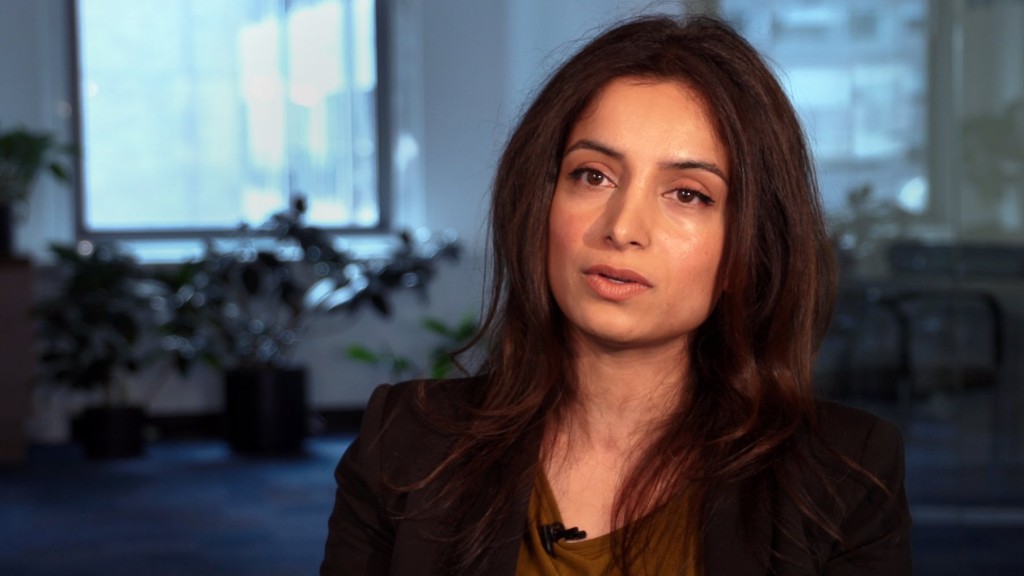 Deeyah Khan (1977-) is a Norwegian- born Emmy-award winning filmmaker, musician and human rights activist based in the UK. Her documentaries seek to understand people on the political extremes and explore the issues of feminism, toxic masculinity, racism, islamaphobia and Islamist extremism.

Deeyah Khan was born in Oslo to an Afghan mother and Pakistani father. She grew up in a secular household where talks of art, politics and philosophy were common.  As a girl, her father lectured her that sport and the arts were the only fields someone like her could transcend prejudice. He consequently enrolled Deeyah in keyboard and singing lessons with a world class Pakistani musician. By seven she was performing on Norwegian TV.

As a teen pop star and ‘mascot for multicultural Norway’, Deeyah Khan was targeted by both racist Norwegians and conservative Muslims who deemed music ‘an immoral and dishonorable profession’ for women.  At 17 she fled to London after being attacked on stage. Khan released her last album in 2007 and began teaching herself filmography.

In Jihad, Khan speaks to former and current Islamist extremists in Britain. According to Abu Muntasir, the ‘godfather’ of British Jihad and a veteran of Afghanistan, Kashmir and Burma, recruiters specifically target vulnerable young men to radicalise. For young western Muslims caught between two worlds and struggling with self-confidence, loneliness and identity, the brotherhood and purpose offered by Jihad, not to mention the promise of eternity in paradise, is an alluring prospect.  ‘My gun’ a former Jihadi states, ‘is more or less just a penis extension’.

When Deeyah Khan asks Abu Muntasir if he has forgiven himself for his violent past he breaks down into tears and eventually responds, ‘how do you answer that?’

White Right covers white nationalists in the modern USA. In 2017 Deeyah Khan shadowed Jeff Schoeb, leader of the National Socialist Movement (NSM), America’s largest neo-Nazi group, and accompanied him on a nine-hour car journey from Detroit to Charlottesvile. The men Deeyah meets, a startling proportion of whom are veterans, exhibit a combination of ‘big egos and low self-esteem’ like those in Jihad.

Deeyah does not berate the hateful men she feared all her life but catches them off guard with questions about their upbringing, hopes and dreams and finds common ground on topics beyond politics. Alt-right leaders Jared Taylor and Richard Spencer, however, who are wealthier, better spoken and more remorseless than their working class counterparts, seem immune to Deeyah’s empathetic approach.

Many of the subjects admit they had never met a Muslim before Deeyah and come to consider her a friend. She still corresponds with both Jeff Schoep and Abu Muntasir.

“All the work I do is about recognising ourselves in each other… to locate the humanity in someone else … As a woman of colour, as the long laundry list of things I consider myself to be, I know it feels like to be stereotyped, I know what it’s like to be dehumanised and because of that I refuse to do that to someone else, even if that means a Nazi.”

In January 2019, Schoep passed the NSM’s leadership to James Hart Stern, a black activist who is dismantling the group.

Sources: Associated Press, the Guardian, the Gentlewomen, Making Sense with Sam Harris Episode 144, Under the Skin with Russell Brand Episode 52.