The Sri Lanka Easter Bombings killed at least 359 people and wounded over 500 on Easter Sunday, 2019. Suicide bombers coordinated seven attacks in churches and hotels across Sri Lanka’s capital of Colombo and three other cities. Sri Lankan authorities claim an Islamic State-affiliated group were behind the attacks, which specifically targeted tourists, businessmen and Christians.

Seven bombs were detonated over the day. They targeted:

Most victims were Sri Lankan nationals. At least 38 foreigners and 45 children died, most of whom were attending Sunday school at Zion church. Sri Lanka declared a state of emergency in response. An immediate curfew and a social media lockdown were imposed to prevent further coordination and the spread of rumours. Police found over 80 detonators and a van filled with explosives throughout Colombo later that day. When they raided a bomber’s home, his pregnant wife detonated her suicide vest, killing herself and three officers. Police have arrested 76 suspects so far.

In a press release, Islamic State (IS) shared a photo of the seven suicide bombers and claimed responsibility. Their stated aim was to kill citizens of the US and the anti-IS coalition, despite the fact Sri Lanka was never involved in Iraq or Syria and most of those killed were Sri Lankan. 32 Sri Lankans had joined IS as of 2016. 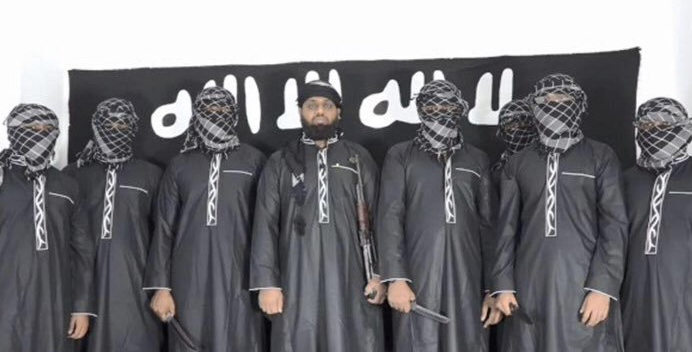 National Thoweed Jamaath (NTJ), a little known Sri Lankan terror cell, are said to be behind the attack. Previously known only for desecrating Buddhist statues, the NTJ swore allegiance to IS in 2016. Their leader, an extremist Wahhabi cleric named Zahran Hashim (pictured), is believed to have masterminded the Easter bombing. Although all suspects are Sri Lankan nationals, officials suspect the attack was coordinated and funded with foreign support – the NTJ being ‘outsourced’ by IS. The identified suicide bombers were affluent and well educated, one of whom studied in Australia. Two brothers, Ilham and Inshaf Ibrahim, were sons of Colombo’s biggest spice exporter.

70% of Sri Lanka’s 22 million people are Buddhist, 12%, Hindu, 10% Muslim and 7% Christian, mainly Roman Catholic. Though Sri Lanka has suffered terrorism and political violence before, mainly at the hands of the separatist Tamil Tigers, this is the first act of Islamist extremism and the first terrorist attack to target churches. Sri Lanka’s 25 year long civil war, which claimed 100,000 lives, ended in 2009.

Sri Lanka’s leading Muslim organisations issued a joint statement which denounced the bombings and urged ‘maximum punishment for everyone involved in these dastardly attacks.’ Sri Lankan Muslims fear the incident will empower anti-Muslim hardliners in their country. Only last year a state of emergency was declared when Buddhist and Muslim mobs clashed in two cities.

Defense Minister Wije Wijerwardene claimed the attacks were revenge for the New Zealand mosque shooting on March 15th, which took 50 lives. NZ Prime Minister Jacinda Ardern disagrees, however, stating the Sri Lanka bombings were too sophisticated to be organised in such a short period of time. 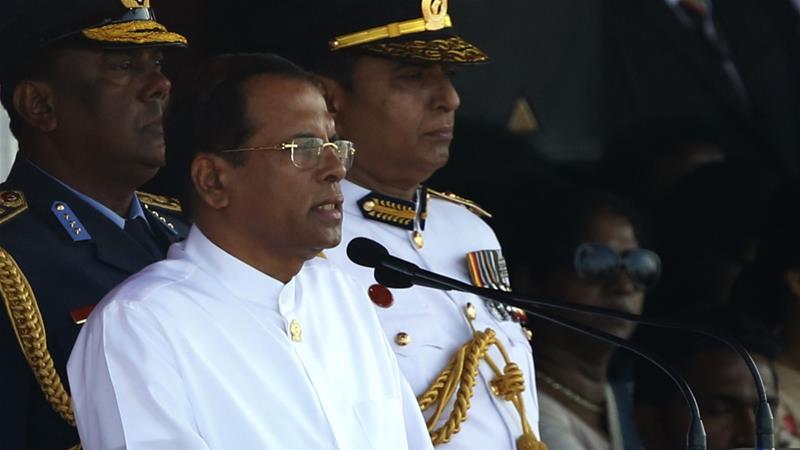 According to Reuters, the Indian foreign ministry warned Sri Lankan officials about a possible terror incident on April 4th, and about an impending one two hours before it happened. Why they failed to act is unknown, but President Maithripala Sirisina (pictured) has promised to make ’complete restructure’ of police and security forces over the coming weeks’.