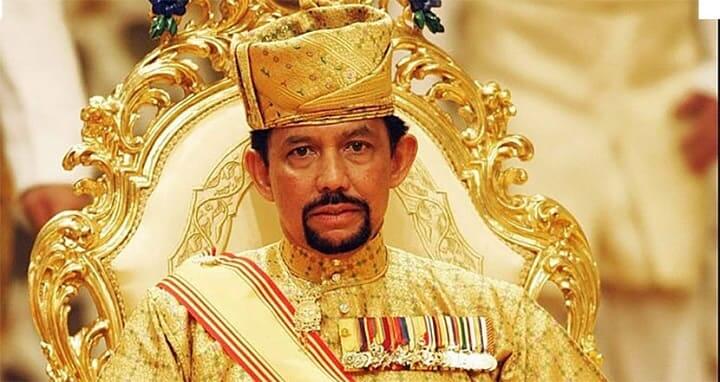 Hassanal Bolkiah (1946-) is the Sultan of Brunei Darusallam and the only absolute monarch in Southeast Asia. He is the former richest man in the world and, enthroned since 1967, the second longest reigning monarch after Queen Elizabeth II. Famous in the past for his excess, Bolkiah has recently made headlines over his implementation of  sharia law in Brunei. 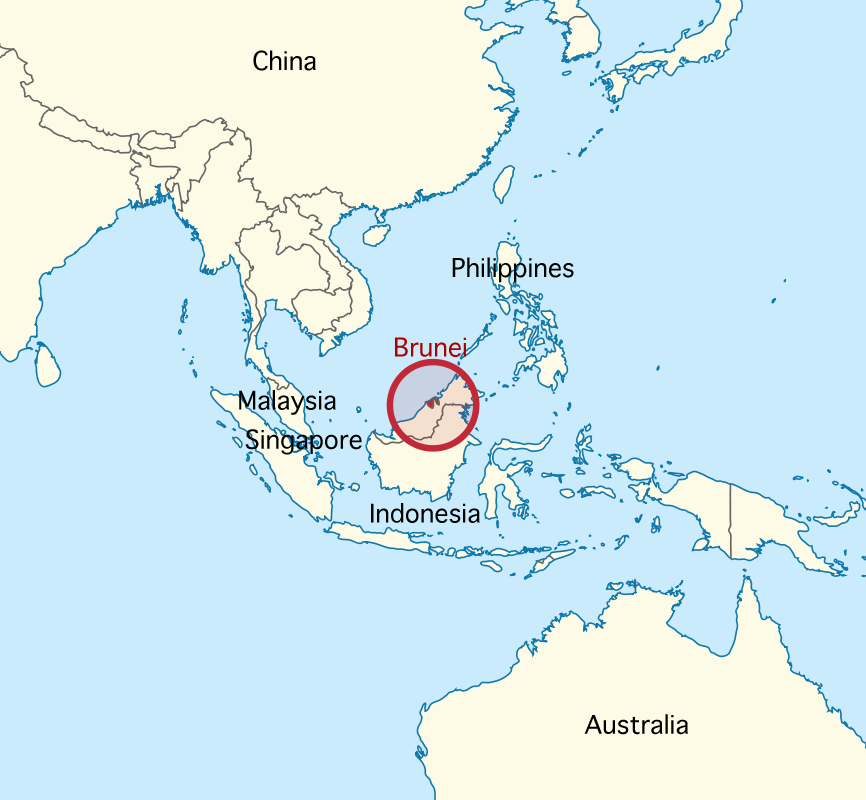 Brunei is a nation the size of Delaware on the island of Borneo, Southeast Asia with a population of 400,000. Like the Persian Gulf states it is Muslim, conservative and rich in oil. Brunei was a British protectorate from 1888 – 1984, where its sultans controlled internal affairs but bowed to the British Empire. Independence came under Hassanal Bolkiah and he has maintained close ties with the British monarchy since.

According to Forbes, Brunei is the fourth richest country in the world. Since its discovery in 1957, Brunei’s gas and petroleum reserves have powered its industrialisation and the Sultan’s wealth, constituting 90% of the country’s GDP. So lucrative is its oil, Brunei has free education, free healthcare and zero income tax. The population are wealthy but tightly controlled. 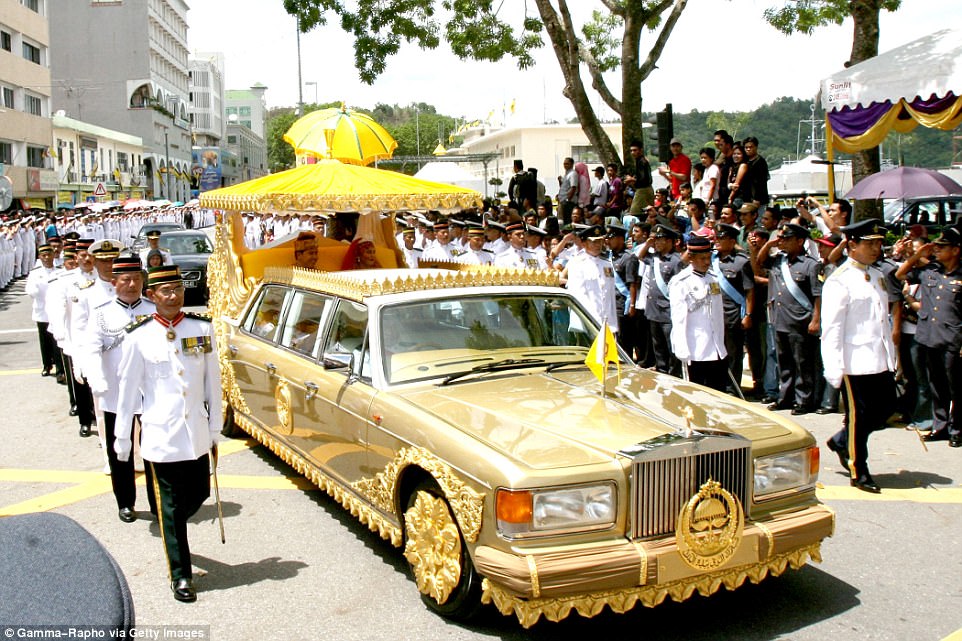 The Sultan of Brunei leads an extravagant lifestyle. Sultan Hassanal Bolkiah is worth a net of 20 billion dollars and during the 1980s was the richest man in the world. His palace is the world’s largest private residence, with 1,788 rooms, 257 bathrooms and a great hall that can house 5,000 guests. His private automobile collection of 7,000 models includes a Rolls Royce plated in 24k gold. The Sultan eats with golden utensils, flies in a private Boeing 747  and owns mansions across London, California and Las Vegas.

In 1996 he commissioned Michael Jackson for a 17 million dollar private concert. 5,000 attended, including the British royals.

Bolkiah’s younger brother, Prince Jefri surpasses his decadence. During Jefri’s tenure as finance minister from 1986 – 1997, beauties from around the world flocked to his private harem. The prince squandered over 14 billion state dollars on private investments which included a free amusement park and properties around the world. Hassanal’s case against his brother, which seized his assets, was the biggest in British legal history.

At home the Sultan’s power is absolute. Since the anti-monarchist revolt of 1962, martial law rules in Brunei. In 2006 the Sultan amended the constitution to vest legislative and executive authority in himself. The only democratic concessions were the creation of President and Prime Minister positions, of which the Sultan fills both.

Despite his lavish lifestyle, Hassanal Bolkiah has recently enacted ultra conservative social laws at home. In 2013, the Sultan legislated sharia law in Brunei, a strict code based on Islamic tradition, but refrained from full implementation. In April 2019 he went through: thievery is now punishable by amputation and adultery and homosexual sex is subject to death by stoning (if witnessed by at least five people). International outcry followed – the UN condemned the legislation and George Clooney proposed a boycott of the Sultan’s international hotel chain, which includes LA’s Hotel Bel-Air and the Beverly Hills Hotel. The Sultan has refused to back down.