Ainu are the indigenous people of Japan.  25,000 live on the island of Hokkaido and a further 1,000 in the Russian territories of Sakhalin and Kuril to the north.  The Ainu are descendants of the Jomon people, who settled Japan over 20,000 years ago, long before the Yamato (ethnic Japanese) first arrived in 300 BC.  Like indigenous people worldwide, centuries of institutional discrimination have critically endangered the Ainu way of life.

Ainu have pale skin, a robust frame, deep-set eyes, and thick wavy hair. Traditionally the men grew long beards while the women tattooed their mouths. Until the 1990s scientists speculated they were a long lost tribe of Caucasians but genetic testing has revealed they are closer to other East Asians, despite their physical differences.

Most Ainu men, like their Jomon ancestors, have haplogroup D in their Y chromosomal DNA, shared with Tibetans, Andaman Islanders and Okinawans. By contrast, roughly 10% of Japanese ancestry comes from the Jomon.

Ainu mitochondrial DNA suggests common ancestry with Okinawans and indigenous people of the Russian Far East. Their ancestors were Ice Age hunters from southern Siberia who deviated from their East Asian cousins millennia ago and crossed a land bridge to Japan. They likely developed their distinct appearance from centuries of isolation in a cold, wintry climate.

Today most Ainu look Japanese, their mixed ancestry the product 20th century assimilation campaigns. An unknown number of Yamato – possibly up to 200,000 – have Ainu ancestry though many do not know it themselves. In the past, people concealed their heritage for fear of discrimination. 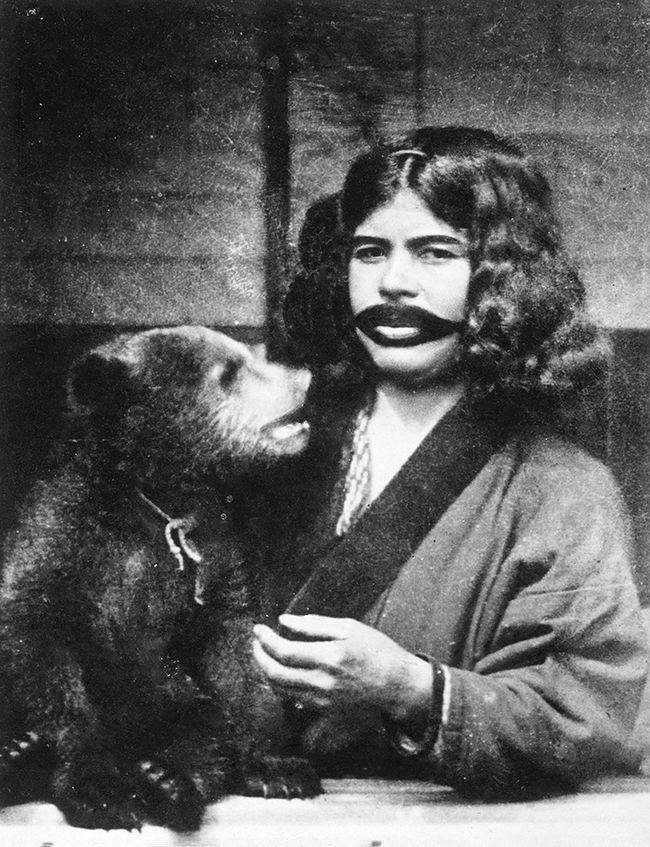 Traditionally the Ainu were hunter-gatherers. They hunted deer, foxes, seals, otters and other animals, fished salmon and grew vegetables and millet. One custom involved raising bears from cubs then, after a year, sacrificing and eating them in a public ritual. Bears were central to the Ainu’s animist faith. The Ainu believed spirits inhabited every aspect of the natural world, including animals, streams, mountains and trees, which were to be venerated and respected. The Ainu crafted clothing from furs, fishskin, cotton, bark and woven grass.

The Japanese began colonising Hokkaido in the 1300s. The wild frontier was appealing to restless Samurai and the fur trade was lucrative. The Ainu fought back in 1457, 1669 and 1789 but were defeated each time. Smallpox, tuberculosis and cholera decimated their population. 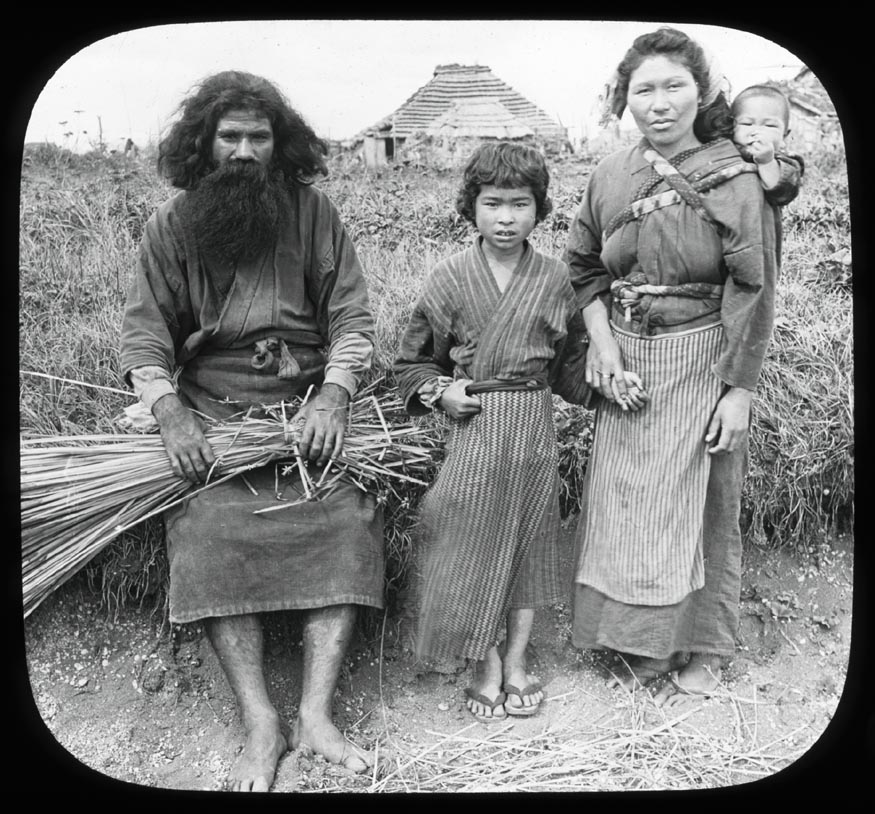 In 1868 the Meiji Regime formerly annexed Hokkaido, opening it to Japanese settlers, and started assimilating the Ainu. The 1899 ‘Hokkaido Aboriginal Protection Act’ forced Ainu to abandon hunting and fishing for agriculture and adopt Japanese customs and names. Speaking their native language and traditional practices like tattooing and animal sacrifice were banned. The law was not lifted until 1997.

The Ainu language has no relation to any other. Ainu means ‘human’ in their native tongue. Japanese assimilation campaigns were successful: out of the 20,000 Ainu today, only 15 still speak the language.