The people of the Indochinese Peninsular (Burma, Cambodia, Laos, Thailand and Vietnam) descend from four principle migrations. Each has contributed to the languages, cultures and genetic makeup of the region today.

It is uncertain who the original inhabitants of Southeast Asia were or the languages they spoke. Homo Erectus and the mysterious Denisovans lived there in prehistoric times, with the first Homo Sapiens arriving 50,000 years ago. They were likely ‘Negrito’ hunter-gatherers; far shorter, darker-skinned and curly-haired than most Southeast Asians today.  According to genetic sequencing, Indochina’s ancient inhabitants were related to Andaman Islanders, the Semang of Malaysia and the Ainu of Japan.

Austroasiatic speaking farmers migrated from the north around 2,000 BC and introduced wet rice cultivation and bronze tools.  They were part of a population boom from the birth of agriculture in China. More numerous and better organised, they replaced the indigenous population and spread throughout the region as far as East India and Malaysia. Indian traders strongly influenced the Mon and Khmer, who adopted Theravada Buddhism and Indic scripts. Austroasiatic farmers in the Red River Delta, who were more influenced by China, would become the Vietnamese.

The Tai-Kadai family includes Thai, Lao and Shan Burmese. Rice farmers from southern China, they migrated to the highlands of Indochina in the 8th century under pressure from the Chinese Tang Dynasty. The Tai-Kadai built cities, assimilated local Austroasiatic people and adopted their Buddhist customs and scripts. Some Tai-Kadai speaking tribes, like the Zhuang and Tai-Lue, remain in southern China.

Sino-Tibetan speaking migrants entered Burma at the same time. Foremost were the Bamar (Burmese), renowned horsemen who settled the fertile Irrawaddy valley and forced other groups like the Karen, who arrived in the 6th century, and the Mon into the mountains.  The Bamar founded the powerful kingdom of Bagan (pictured) and still dominate the region today.

Austronesian speakers related to Malays and Filipinos founded the kingdom of Champa in southern Vietnam. First Hindu, then Muslim, it lasted over a thousand years until its conquest by the Vietnamese in the 18th century. The Cham are now a minority in Vietnam and Cambodia. 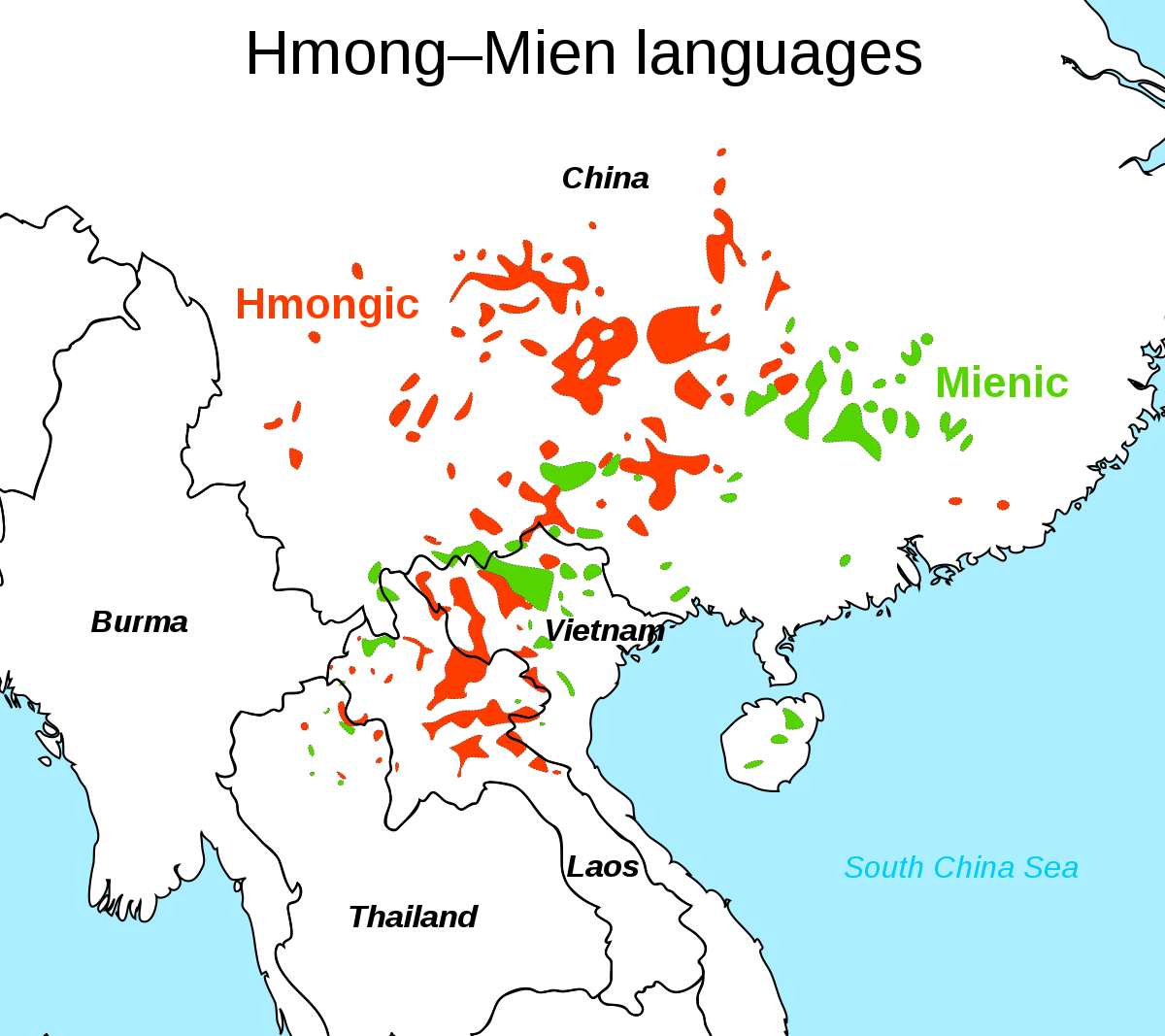 Hmong-Mien is another language family from China, possibly the original inhabitants of the Yellow River Valley. Today, their 6 million speakers are scattered across the mountains of China, Vietnam and Laos. The Hmong, who migrated to Southeast Asia in the 1800s, are the largest group.

Modern Southeast Asians have a diverse heritage.  Most have varying degrees of ancestry from the different migrant groups, with significant Han Chinese contribution in Thailand and Vietnam.   The 300 Maniq people of southern Thailand, who speak an Austroasiatic language, are the only remaining Negrito group.