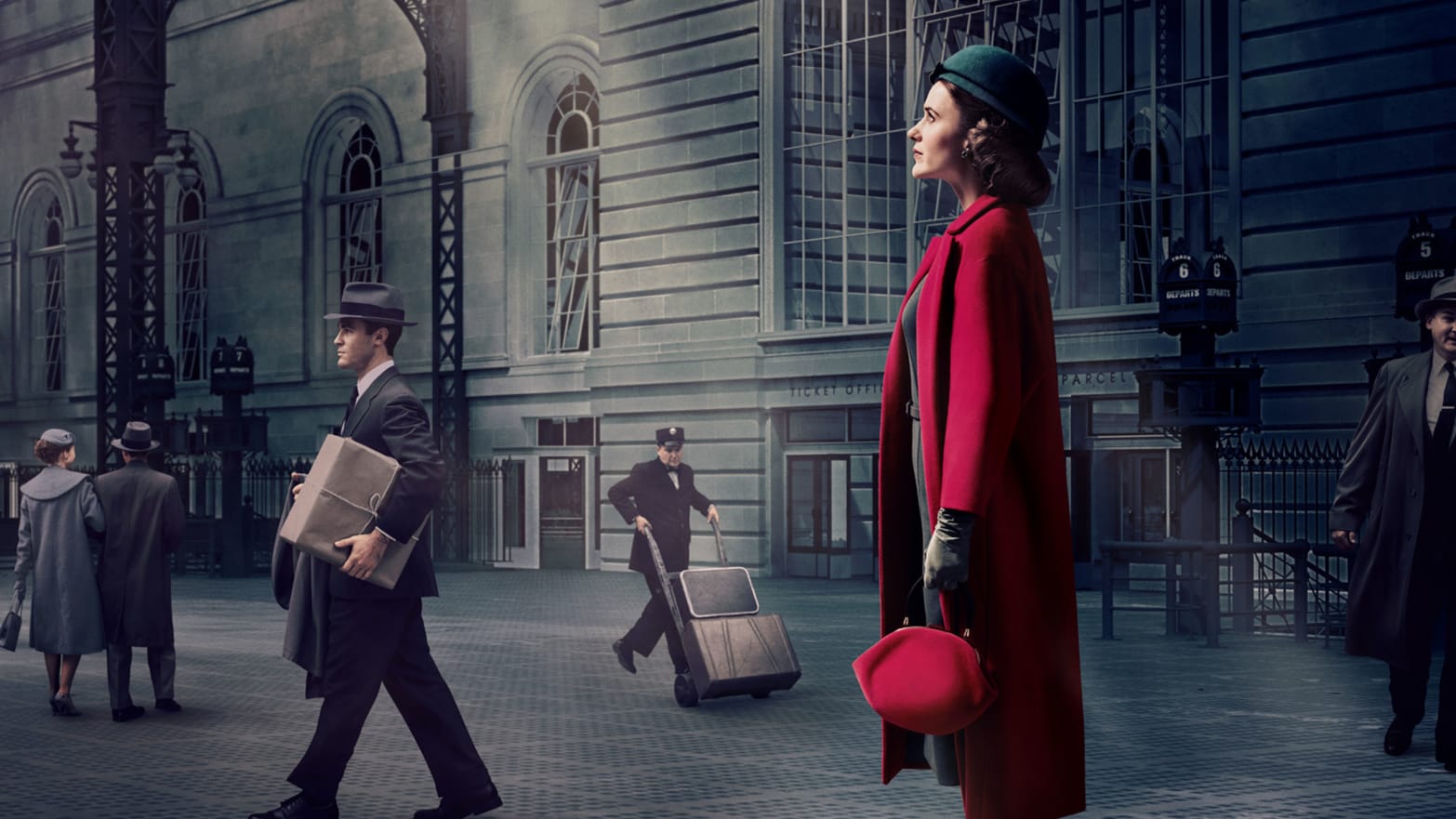 Miriam Maisel, or ‘Midge’ lives with Joel, her husband of four years, and two young children on Manhatten’s Upper West Side. Her life is one most contemporary would woman aspire to, that is until Joel runs off with his secretary. Her future ruined, Midge moves back to her parents’ apartment and finds a day job. From the depths of despair, she reinvents herself as a bawdy and successful stand-up comedian.  Drama and hilarity ensue.

Others include Midge’s gentile friend Imogine Clearly, the Weisman’s Ukrainian maid Zelda and real-life comedian Lenny Bruce. Midge’s two children barely feature – which is all for the better. Too many shows are spoiled by bad child actors playing characters nobody cares about.  Not this one.

A charming set design brings 1950s Manhattan to life, complete with yellow taxi cabs, elaborate fashion and fast-talking denizens.  Themes including gender roles, Judaism, class and adultery are touched on but not central to the story. That honour belongs to its characters.

Marvelous Mrs Maisel’s humour is clever and fast-paced. Midge’s routines are funny too, though they take only a small part of the show.  Unlike many shows about comedians, the lead is only an actress.  Fussy Abe and foul-mouthed Suzie, in particular, are downright hilarious. The humour flows naturally, full of clever jokes and cultural references and every character has their charms with none being overly eccentric or one dimensional.

It is difficult to find fault with the series. Everything, from the costumes, set design, music, acting and wit come together to work wonders. I eagerly await the third season.