Spartacus (1960) is a swords and sandals epic starring Kirk Douglas and Laurence Olivier. Action, adventure, romance and intrigue abound.  The film follows the rise of a Roman gladiator from the lowest rung of society to public enemy number one.

Last week my local cinema was showing classics on the big screen. I’d seen Spartacus only once, when I was a boy. This was back before I could tell when a film was dated. Back when I enjoyed every movie I saw. I remembered the battles and the “I am Spartacus” scene but little else. Naturally the senatorial politics and Crassus’s monologue on liking both ‘snails’ and ‘oysters’ flew over my head. I also didn’t appreciate just how well written and acted this masterpiece was.

Spartacus is the story of a man who challenges the might of Rome. He is born a slave in the end days of the Roman Republic and forced to fight his fellow men as entertainment.  But Spartacus has other ideas. During a dispute in the kitchens, he kills his trainer and inspires the gladiators to revolt.  They escape and roam the Italian countryside, ravaging Roman estates and freeing slaves as they go. Using the techniques he learnt as a gladiator, Spartacus builds a formidable army and humbles the legions sent his way.

That much is true. Spartacus was a Thracian gladiator who instigated the ‘Third Servile War’ of 73-70 BC, the largest slave rebellion of the ancient world.  When Crassus eventually crushed it, he crucified 6,000 rebels along the Appian Way.

Spartacus’s director, lead actors and screenwriter were among the best in history. They made the film at the tail end of Hollywood’s Golden Age, when technicolor was new and exciting but before television diminished the movie-going audience. Kirk Douglas plays Spartacus. Well-built and charismatic, he fits the role well.  At 45, Douglas was conscious of being upstaged and used his position as executive producer to insist no one younger be cast as a gladiator. His performance makes up for this nonetheless.

Stanley Kubrick was chosen to direct two weeks into filming.  As much Douglas’s vision as his own, Spartacus is the only Kubrick film in which he did not have total creative control. With CGI not yet invented, Kubrick used 10,000 extras from the Spanish infantry for the final battle scene, filmed on a plain outside Madrid. Dalton Trumbo wrote the screenplay from behind the Hollywood blacklist. Once Hollywood’s best paid writer, he fell victim to the Red Scare after refusing to ‘name names’ of other Hollywood communists.

Howard Fast, who wrote the book, was also under blacklist. It was only by chance that his self-published work found itself in Kirk Douglas’s hands and was consequently adapted for the big screen.

Though Trumbo wrote Spartacus in exile under a pseudonym, Douglas insisted he take full credit for his work and personally accept its awards. Trumbo did so at risk of arrest and was exonerated only after a newly-elected John F Kennedy defied a conservative embargo to see the film. His endorsement broke the Hollywood blacklist. “Thanks Kirk,” Trumbo said, “for giving me back my name.” 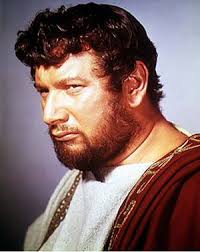 “When a free man dies, he loses the pleasure of life. A slave loses his pain. Death is the only freedom a slave knows. That’s why he’s not afraid of it. That’s why we’ll win.” – Spartacus

“I’m not after glory, I’m after Spartacus!” – Crassus

Part of Spartacus’s draw is the universal appeal of his struggle. He is fighting for freedom. Not freedom in a nationalistic, Braveheart sense, but literal emancipation. His army juxtaposes beautifully with the Romans. While they are scheming and factional, his people are fiercely united. While the Romans buy their love with money and force, Spartacus and Varinia are mutual and pure. While the Romans hold the material advantage, Spartacus holds the moral.

Despite being old, Spartacus is still worth a watch.