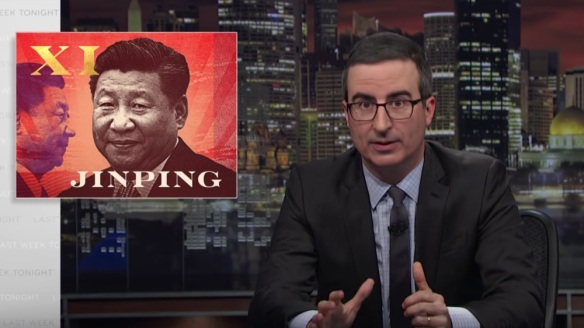 Last Week Tonight with John Oliver (2014-) is an Emmy award winning satire show that explores current events with a liberal and comedic bent. It focuses mainly on US politics.

On the 17th June, Oliver spent the episode’s first half discussing the narrative pushed by Chinese propaganda: the fact China is more prosperous than ever before and the idea that ’Uncle Xi’ is a benevolent ruler adored by his people. Oliver also showed a clip of the English language propaganda video for the Belt and Road Initiative, which he later parodied. The original is available on Youtube, a website ironically banned in China.

Internet content is tightly regulated in China, where freedom of speech is not permitted. More than any other authoritarian government, The Communist Party has the wealth and state capacity to enforce this effectively.

In 2013 Chinese dissenters started sharing memes comparing Xi with Winnie-the-Pooh. Authorities responded by blocking all mention of the fictional bear on the Chinese internet. Though noting the resemblance is not particularly strong, Oliver suggests this makes it all the more funny: 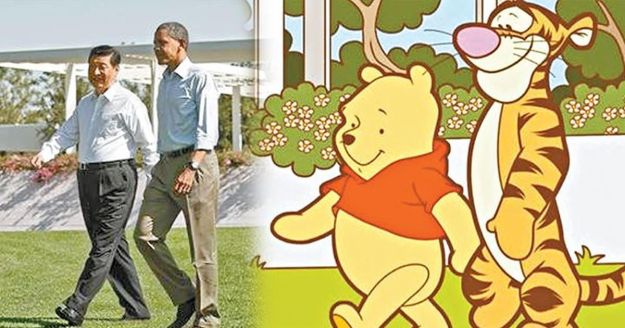 The comparisons were a running gag for the remainder of the episode.

Though the HBO network is not available on mainstream Chinese television, its website was accessible. Since then Chinese authorities have blocked the entire network and all mention of John Oliver, who has joined Liu Xiabo, Justin Beiber and Winnie-the-Pooh as figures deemed ‘harmful to national security’.

Given China’s economic leverage, today western governments rarely criticise its dubious human rights record. Free Tibet has been forgotten. What’s troublesome is that such censorship is slowly leaking beyond the Great Firewall. The FCC has already killed Net Neutrality in the USA and opened the door for corporate tampering. Less than a week ago Youtube quietly removed John Oliver’s China episode without comment.